How To Deal With Dave 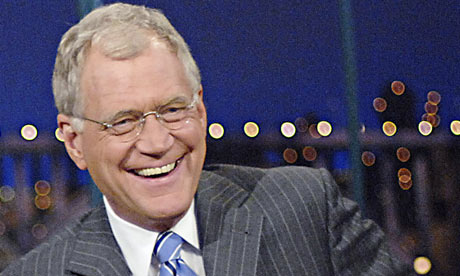 Unless you've been living under a rock, you probably know most of the details about the current David Letterman scandal.  Letterman revealed on his show last week that someone had recently attempted to blackmail him.  In exchange for $2 million the alleged extortionist told Letterman he would not go public with evidence he had of Letterman's past sexual exploits with women on his staff.

Since Letterman's first account of the crime on his show, the alleged extortionist's identity has been revealed as prominent 48 Hours producer Robert Halderman.  And more news has surfaced that Halderman's ex-live-in girlfriend was Stephanie Birkitt, Letterman ex-assistant.  Though Birkitt herself has not come forward it has been reported that she was one of the women involved in a sexual relationship with her boss, Letterman.

The public's reaction to the shocking news appears to be split.  Some stand behind Letterman, believing the way he has conducted himself the last few days to be respectable and worthy of redemption.  The relations he had with his staff appear to be, at this point, consensual.  And during the time of his affairs he was not married to his now wife Regina.  By revealing the attempted extortion on his show Letterman has managed to remind people that he is the victim in this case.

On the other hand there are many people speaking out that find Letterman's past exploits to be reprehensible and think he should be disciplined by the network.  Letterman may not have been married, but he appeared to be in a long term (23 year) committed relationship during the time of the relationships with his staff members.  And any time you have someone of authority having sex with his subordinates questions arise over whether work place code of conduct was violated.

What do you think of the latest Letterman scandal?

Do you think Letterman should be disciplined in any way by his network?