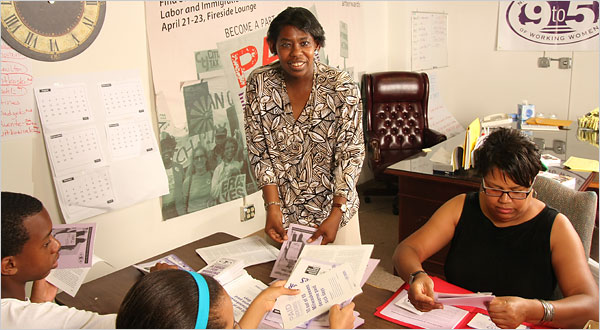 Over the last few years we have seen a sharp decline in the number of women entering the workforce.  It is being reported that for the first time since the women’s movement of the 60’s the percentage of working women has fallen rather than risen.  Analysts have been chalking it all up to women making the choice to be stay-at-home moms.

In 2000 we were seeing a strong 75 percent of women finding jobs in the workforce.  Since then, we have dropped down two percentage points and now stand at 73 percent.  You may not think 2 percentage points sounds like a big decline, but that 2 percent represents 4 million women who are currently unemployed.

A recent article from ABC News reports on the latest congressional study’s findings that the failing economy is to blame for the decline of women in the workforce.  This is in direct contradiction to the experts’ earlier theories that women were simply deciding to stay home to raise families.  In fact, they found the decline affected all women regardless of marital status, educational background, race, etc.

The study also found that one of the biggest reasons women are leaving the workforce at such a high rate is due to drops in their pay.  According to the Economic Policy Institute, the average pay for women has gone down from $15.04 in 2004 to $14.84 today.

The founder and president of a company called Executive Moms, Marisa Thalberg, discussed the recent congressional study.  She said, “The economy is an equal opportunity offender.  If anything, this study should debunk the notion that women go out the workforce just to raise children.  It’s not a pure emotional decision (to leave the workforce.)  For many women, there’s as much pressure as any man would feel to be the breadwinner.”

What do you think of the latest findings that the economy is to blame for women leaving the workforce?

Do you think there is as much pressure on women as men to be the breadwinner in the family?