Tell Us About Your Craziest #WeddingMishap! Plus, Enter Our @SheSpeaksUp Amazon Gift Card Giveaway!

Brides all want their wedding day to be perfect, but sadly, that is not always how it turns out. From rainy weather to falls down the aisle to an embarrassing guest, we have all seen something at a wedding that we wish didn’t happen. We just hope that everyone can laugh about it later!

What surprise happened at a wedding you attended… or at your own? Briefly tell us in the comments section below - we will randomly select three winners who will each get a $25 Amazon gift card!

In addition, our favorite stories will be featured in a future SheSpeaks newsletter. And as a thank you to those who are selected, comments we use in our newsletter will also receive a $25 Amazon gift card.

Let others know you entered! Click here to Tweet: "I told my crazy #WeddingMishap and entered to win a gift card, thx to @SheSpeaksUp! bit.ly/1TA3KAJ"

*Three lucky commenters will be chosen at random to receive a $25 Amazon gift card. Giveaway is open through May 29th, 2016 to U.S. residents at least 18 years of age. Entrants must be a member of SheSpeaks. If you are not a member, click here to join. Winner will be notified by email. We will also notify those who submit comments that will be included in a future newsletter by email. Stories may be slightly edited for publication.

Update: Thanks to all for entering! The winners are SheSpeaks members MusicLady1022, Duhduhdestany, and sammosam. Congrats to them!

I have been to weddings in Chicago or near where you have adults fighting because the families dont get along and bad children running around playing, screaming, and throwing food. This is chicago for you.

first, one of my bridesmaids almost fainted during the ceremony and my maid of honor got her into a chair and then back up just before the walk out, so i never knew anything was wrong until afterwards, and then during the reception my veil got on fire! it was during my maid of honor's speech and somehow she let me know it was on fire without drawing attention to it. now there's a MOH you can count on! the funny thing is, she ended up being the one to catch the bouquet, and she WAS the next one to get married!

I was so nervous on my wedding day my soon to be husband had to hold me up because I kept swaying back and forth and thought I was going to pass out. I was shaking so badly. The funny part is we had been together for 7 years before we got married and I wanted nothing more to marry him. I don't know why I was so nervous.

my veil caught on fire while my maid of honor was giving her speech. somehow she let me know without drawing attention to it. also, one of my bridesmaid almost fainted during the ceremony so my MOH also got her into a seat and back up again before the walk out so i didn't even know something was wrong until after we got married. now there's a maid of honor you can count on!

My best friend got married and all was going well until her and her husband started to argue at the reception , and they went outside to talk it out and she stepped back and fell down a muddy slope , head over heels to the bottom. Her white dress was no longer white, but I guess when they say "head over heels in love" I really do not think this is what they meant!

It was at my mom's wedding. We were in the church getting ready, and as the ceremony starts the power went out. It was the middle of the summer in Oklahoma, so it was HOT!! Everyone was sweating profusely and looked so gross in all the pictures. The power was only out for about five minutes. And it was a sign, because the marriage only lasted 5 years.

Diarrhea on my wedding day

My zipper on my dress broke when I was putting it on, on my wedding day! I literally had to be sewn into my dress. Part of me wanted to laugh, the other part of me wished I had lost more weight before the big day. ha. My husband had to cut the string, which was not an easy feat, before I could get the dress off. It took forever! haha

My (ex) husband and I wanted to be together before our wedding so we got a hotel the night before and the next morning got up late and got in the car to go get ready for our wedding and wouldn't you know the dang car wouldn't start so we had to call a cab and the cab people said they were running 1 hour behind. They finally came and we were lil late but we got there lol

I was a bridesmaid at my friends wedding and passed out during the ceremony. Her aunt had to jump two pews to catch me.

I went to a wedding where the groom and the groomsmen were hung over from the bachelor party the night before! Lol! The groom stood smiling,sockless(he dont wear socks except in winter) in a tux and chewing gum! And all the groomsmen wore tuxes and dark shades! Lol! Must of been some kind of party! Lol! At the reception, the groom sang a memorable reendition of R Kelly's "Bump and Grind" to his bride that one will never forget and the groom will never remember! Lol! He got on his knees and everything! It was a wedding to remember!

My husband and i were married in 1987 on his mom and dad's front lawn...The first disaster was the minister called me Tammy,,,and then Wendy...I finally had to tell him my name is Tracy! Then the Roosters started crowing , it was crazy,,,2 years later the weeping willow tree we got married by blew down in a storm...but we are still together after all these years..lol

It was our Pastor's first wedding. He totally messed up the vows but my husband just kept repeating after him even though he knew it wasn't right. We had a good laugh. Got the vows right eventually. That has been 38 years ago and we still have a good laugh about it.

well it was my wedding my husband was 15 min. late and was only 5 min. away. Plus his mom tried to get him to just eat the cake and skip the wedding but that was 33 years ago and were still together.

While the wedding party pics were being taken. The brides son started choking on a sprig of pearls. The bride's mother (a RN) panicked and couldn't remember what to do. The bride grabbed her baby and performed the Heimlich, causing the baby to cough/vomit into the groom's father's feet. EMTs were called to check the baby. The groom's mother had a meltdown in the ladies room. Venue staff were hurrying us to finish pics so food could be served. Total chaos. We made it through. 💍💐💒 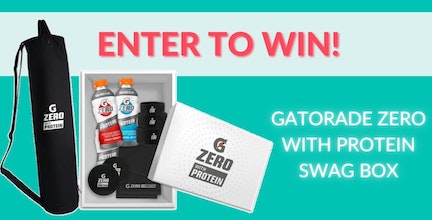 Life Insurance that Fits Your Life + a Giveaway

Experience Your Fave Hershey Flavors in a New Way & Win a $50 GC!

Spice Up Your Sandwiches with Ball Park Buns & Takis

Back to College Stock Up and Meal Ideas & $50 GC Giveaway

Summer Food Boards (Plus WIN One of Your Own!) 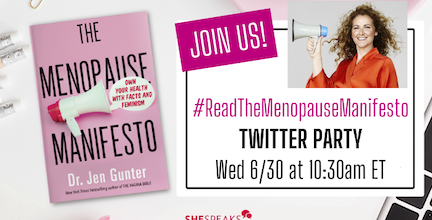 Stock Up on Boiron Acidil this Summer & Win!

Recognizing the Dads Who Get It Done