Where Are the Women? Oscars Fail To Name Any Women in the Best Director Category 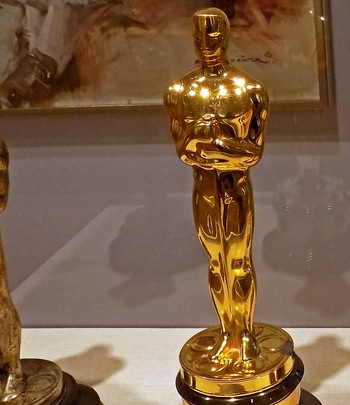 Oscars season is in full swing and after the recent announcements of this year's contenders, the dust has setlled in a very dissatisfyling way for women in film. Surprisingly (or unsurprsingly depending on how you feel) there were no women nominated in the best director category, yet many would argue this was not for a lack of worthy candidates.

Vanity Fair reports about what many are calling this year’s Oscar’s snub of female director noms and why year after year women film makers don’t make the cut. The Oscar’s have been going on for some 91 years now and in all of those years we have only seen 5 women nominated in the best director catgeory. And of those five women, only one has taken home that gold statue - Kathryn Bigelow for Hurt Locker nearly ten years ago.

Some of the female directors that are believed to have gotten the short end of the stick this year are Debra Granik for Leave No Trace, Marielle Heller (Can You Ever Forgive Me?), Karyn Kusama (Destroyer), Lynne Ramsay (You Were Never Really Here) and Chloe Zhao for The Rider. As you can see, this is not a short list and many believe these movies were worthy of an Oscar nod. So, why are women directors having such a hard time breaking through?

Founder and publisher of the website Women and Hollywood, Melissa Silverstein, explains what she thinks needs to change before we see more women represented at the Oscars. Silverstein says, “I think a lot of this is political: who’s in front of you, who’s the loudest. It’s hard for women who make these smaller movies, like Leave No Trace and The Rider and You Were Never Really Here. They just are not the big, showy, flashy films like most of the ones that get noticed and nominated in this industry.” She adds, “ I don’t think it’s about any film not being good enough. It’s about the money it takes to launch a campaign.”

As to why Greta Gerwig made it to the nominations last year with her indie film, Lady Bird, Silverstein explains how Gerwig had the campaign and the financial backing to put the movie on Oscar judges’ radar. Silverstein says, “Greta Gerwig was everywhere last year. There was money behind her, she had a great story, and her movie resonated with a lot of people. You see what it takes to get to the finish line, and it’s all about money and access to capital.”

What did you think of the Oscar nominations this year?

Do you think female film makers were snubbed this year?