A Look at the Reality of Extreme Couponing 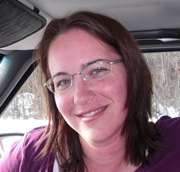 As a long time couponer I have to talk about the TLC show Extreme Couponing. Like it or not, the show has changed couponing forever. We used to be the very rare majority and nobody paid any attention to us. We’d plan, gather our coupons, get the great deals, and build our stockpiles. Now when we go through a store other customers and the cashiers know you are a couponer, and have a strong opinion about who we are and what we do.

Along with the awareness in stores, there is the huge influx of new people who want to learn to coupon. I am constantly hearing new couponers saying “I want to be Extreme” and “I want to do it like they do on the show!” When I go to the store and pull out my coupons I always here about “the show” and how I should be on it. This always hits a nerve with me, and the reason behind the discomfort is that the TLC Extreme Couponing show does not reflect reality. It gives people unrealistic expections. Could I go on the show and replicate what they do? – Yes. Can I save $1000 in one transaction? – Yes. Do I want to – No! Is that reality? – No!

When they film the show they ask the participants to create an extreme shopping trip. So what do the participants do? They pull out only the special sales for that week, special order products from their store, and special order coupons. They buy things that will be free or provide overage, instead of what they need. They buy hundreds of certain items to show extreme savings, not the typical groceries they would buy in an average grocery trip. Yes I could set up a transaction right now where I head to the store and buy $1000 worth of stuff and pay mere pennies. But those items would not include all the items we need for the month.

For the show they buy only what is free or cheap, and leave off their list anything that will cost more than a few pennies. So tomorrow they will have to go back to the store and get the meat, veggies, and milk that they didn’t buy on the show. They will have to buy all those items that still cost them a few dollars even with coupons. In other words, they go back the next day to do a regular trip. Their monthly grocery bill is not $0. A single transaction can be zero but their overall monthly bill is not.

The shoppers on the show special order their items. They need to buy more of a product than the store carries to show “Extreme Couponing”. They also special order so that they know the store will have the items in stock. Reality is you’ll only find a few of each item on the shelf, and often the shelves will be emptied of all the free/cheap-with-coupon items almost as soon as the sale starts. They don’t actually clear shelves – and neither should you. The producers ask them to dump bins and swipe the shelves for effect. But in reality the store put the items there for them to grab. Couponers always count what they buy and get the right amount of coupons to match, and dumping things in the cart is insanely unrealistic. In reality, clearing a shelf of all 75 of an item is excessive and rude. But sadly the show is teaching new coupons that this is okay, and its ridiculous. We need to find a level of moderation - expect the store to be out-of-stock quickly, ony plan to purchase a few of each item, and special order from the store if we need more than a few.

Another aspect of the savings that magically gets skipped over is the cost of the coupons. They have to pay for those coupons somehow. Whether its buying a ton of newspapers, the cost of the clipping service or ebay, or the paper and ink used to print the coupons – there is an expense there somewhere - especially for an extreme trip. When buying a few of each item you can save money by getting coupons from friends, recycling bins, etc. But when they are buying 200 of an item they have to get the coupons special. Most of the time they are buying them on ebay or through a clipping service. Generally the cost is about 10% of the coupon value plus shipping. So keep that in mind when they save $500 – they probably spent about $55 on those coupons. They didn’t save $500 - they saved $445. Yes, still worth the savings but it’s not reality they are portraying. The cost of the coupons is definitely worth the overall savings, but new couponers may not realise that the expense even exists.

The producers of the show conveniently leave out the time it takes to prepare these trips unless they are trying to portray the couponer as crazy. Planning an Extreme Trip takes an insane amount of hours. Time spent doing research, research, research to find the best deals. Time spent at the store getting approval to film and ordering items. Time hunting for the coupons either online or in recycle bins. Time spent cutting the coupons, organizing the lists, and calculating out the deals. Then after all that they spend several hours in the store filming the trip. It’s not unheard of to spend 7-8 hours in that grocery store getting all the shots and getting through checkout. Do you think all this time is reality for anyone other than those on the show? Could the average person do this every week?

The most frustrating part of the show is the rule-breaking. Almost every single person that has been on the show has broken a rule. Most of the time this is with the store's permission because of the show. They either go against store policy or they commit some amount of coupon fraud. Now fraud has been rare on the show but it has happened. A couple of the people on the show have used coupons on incorrect items in order to get a better deal – this is fraud. But the breaking of store policies happens in almost every show. Most stores limit the number of like coupons you can use in a transaction or day. They almost all limit the number of coupons they will double. Some stores even limit the number of total coupons you can use, or the number of a sale item you can buy. Well, when that camera shows up at the store all the rules go out the window. They let them use unlimited coupons, buy as many of an item as they want, and double every coupon in sight. But if you tried to walk into the same store and do that they would never let you. So again – its not reality.
Couponing does make a huge difference in savings.

I am a strong believer in the power of coupons.
Learning to coupon

is well worth it. Even if you don’t save 99% on every grocery trip you can make a huge dent in your grocery bill. The Avid Couponer can typically save about 80-90% of their monthly grocery bill, Typical Couponers – 50-60%, and Casual Couponers 25-40%. If you learn to find, plan, and use those coupons you will save a good amount. Learning to shop the sales and stockpiling will jump the savings more significantly. Adamant, strict shopping of only sales with a coupon pairing, and the diligence to research and shop multiple stores will increase the savings up to amazing levels – but not extreme. Extreme every day would create an unhealthy diet, unhealthy addictions, and unhealthy relationships. Better to find your best level of reality and go from there.