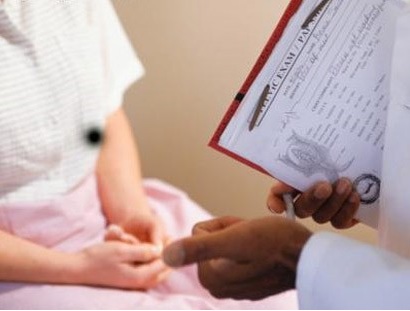 Though it is an important issue to think about all year, January is officially Cervical Health Awareness Month. A grassroots nonprofit organization, National Cervical Cancer Coalition (NCCC), is urging women to take action and protect themselves in the new year.

How serious is cervical cancer? Well, just look at the statistics from the NCCC website. They report that approximately 10,000 American women will learn they have cervical cancer/HPV this year, and almost 4,000 will die from an advanced form of the disease.

The NCCC urges women to think about their health in the new year and contact their health care providers to set up a routine Pap test. The NCCC reports that 1 1% of U.S. women do not have the Pap test screening.

The Pap test is an effective tool to detect the possibility of cervical cancer, especially when given regularly. Cervical cancer is a very treatable form of cancer when caught in the early stages. To raise awareness about cervical health, the NCCC sets up free cancer screening tests in January at various health care facilities around the country.

The coalition has also set up a “ Phone-Pal” and “ E-Pal” program for cervical cancer survivors and patients. The organization helps to match one survivor with another and allow them to correspond via email or phone. If you are interested in becoming a “Phone-Pal” or “E-Pal” you can visit http://www.nccc-online.org/community/pals.html to fill out a short request form.

Do you get screened regularly for cervical cancer?

Will you be urging your loved ones to make an appointment to get the Pap test this January?