Nip One, Tuck All 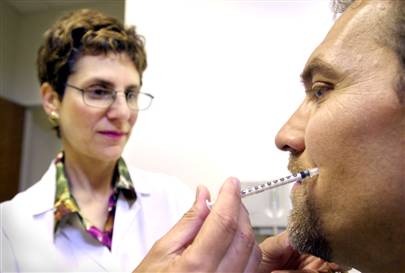 As we get older a lot of us feel the pressure to look younger and some of us go to great lengths to obtain this look.  To assume that this kind of pressure is only felt by women would be a mistake.  Ask any plastic surgeon and they’ll tell you that women are not the only ones getting work done these days.  The number of men going under the knife in the name of looking younger is on the rise.

Though both men and women often seek out plastic surgeons, they don’t necessarily want the same things.  According to a recent Newsday article women are much more likely to request body contouring than men.  Plastic Surgeon, Dr. Alan Freedman reports that a growing trend for older women is procedures like the “tummy tuck” and liposuction.  Freedman claims that years ago women over 50 were not so interested in these surgeries.

Men are not as interested in procedures below the neck.  The American Society of Plastic Surgeons says that the number one procedure being performed on men is nose reshaping followed by eyelid surgery.  For women, the top procedure is breast augmentation followed by liposuction.  Freedman reports that more men are requesting cosmetic surgeries after their wives have had work done.  Freedman says, “It’s because they’re hanging around with women who are looking better and better,”

Freedman also attributes the rise in male cosmetic surgery to a tougher working environment.  Since baby boomers are more often the target of layoffs than their younger coworkers, some men (and women) may try turning back the clocks with surgery in order to stay afloat.

Plastic surgery is not the answer for many men and women who occasionally worry about the affects of aging.  Dr. Freedman has some advice for those of us who want to look good without undergoing surgery.  Freedman advises men and women to stay out of the sun, “There’s no such thing as a healthy tan.”  He also recommends using a good moisturizer to “keep the skin a little thicker, and that makes it look younger.”

What do you think of the news that a growing number of men are having cosmetic surgery?

Do you think work-related competition may have something to do with why people choose plastic surgery?