What Does Advertising Tell Us About Women?

Late last year a five-minute video went viral that addressed the connection between advertising and several health issues, including violence against women and eating disorders.  The video featuring a speech by Jean Kilbourne, author and educator, is called “Killing Us Softly” and has had over 4 million views on YouTube. It’s clearly a hot topic amongst women.
Kilbourne believes that our obsession with image is a public health problem and that media literacy is a way to help prevent these problems.
In the video, with accompanying images, she says:
We all grow up in a culture in which women’s bodies are constantly turned into things, into objects. Here she’s become the bottle of Michelob. In this ad, she becomes part of a video game. And this is everywhere, in all kinds of advertising, women’s bodies turned into things, into objects. Now of course this affects female self-esteem. It also does something more insidious. It creates a climate in which there’s widespread violence against women.
She goes onto say:
And girls are getting the message these days so young, that they need to be impossibly beautiful, hot, sexy, extremely thin.  And they also get the message that they’re going to fail - that’s there so no way to really achieve it.
Keira Knightley is given a bigger bust. Jessica Alba is made smaller. Kelly Clarkson, well this is interesting….it says, “Slim down your way,” but she in fact slimmed down the Photoshop way. You almost never see a photograph of a woman considered beautiful that hasn’t been Photoshopped.
Her conclusion?
So, what can we do about all of this? Well, the first step is to become aware, to pay attention, and to recognize that this affects all of us. These are public health problems that I’m talking about. The obsession with thinness is a public health problem. The tyranny of the ideal image of beauty, violence against women, these are all health problems that affect us all, and public health problems can only be solved by changing the environment.
Watch the video and chime in on the conversation: Do you worry about how the perception of women in the media will impact our younger generation? What recent examples stand out in your mind?

Three National Parks that are Worth the Trek!

Summer Survey: Here's What You Told Us

The Health and Wellness Apps We Love

Beach and Backyard Gear Must Haves This Summer

Books and Games For Your Digital Detox Weekend

Spring Cleaning With These Natural and Great Smelling Products

See What We Learned From Our Latest Survey

Check Out the Results From Our Latest Community Survey

TikTok Creators Urge Fans To Embrace Their Differences and It's Working

Find the Calm and Hygge On With These Essential Items 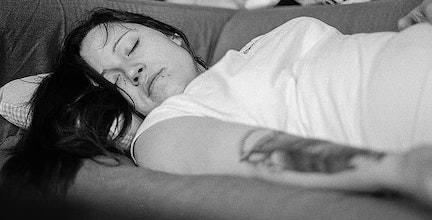 Having trouble sleeping? Try these proven tips to help you sleep better