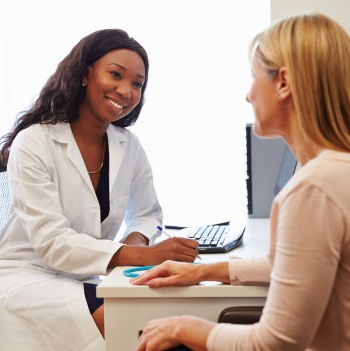 For many of us, there’s a lot that goes into choosing the right doctor. Things like experience, good bedside manner and what insurance is accepted are what many look for when making this choice. But some new research suggests that women physicians may actually have a leg up over their male counterparts when it comes to providing the best care possible for their patients.

PBS reports about a study published in JAMA-Internal Medicine that finds patients who are hospitalized have less risk of dying when treated by a female physician. Researchers looked at a random group of medicare patients between 2011 and 2014.

On average, patients who were cared for by a woman physician after hospital admittance were less likely to die 30 days after they were discharged. The group who saw women doctors were also less likely to return to the hospital within a month after their discharge.

The study’s co-author Ashish Jha explains why they are seeing this difference between male and female doctors. Jha says, “Women physicians are more likely to do evidence-based medicine, and follow clinical guidelines.They are more likely to communicate in a way patients report is more effective.” And fortunately, it looks like better communication and following proper care guidelines leads to people getting better.

There is some hope that this new research may mean female physicians will finally get some recognition. On average, women doctors are still paid less than men but new incentive programs where pay is increased when doctors are able to keep their patients healthier may put an end to this wage gap.

What do you think of the new research that suggests women physicians make better doctors?

Are you happy with your medical care?