Cities Experience Cleanest Air Quality on Record, But Can We Continue the Trend After Pandemic Ends? 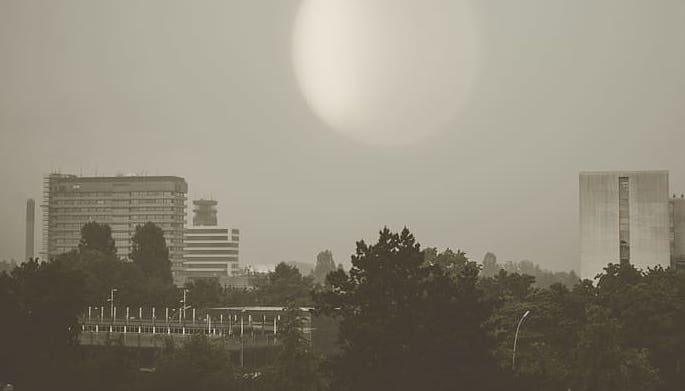 Share Tweet
2Add your comment
You may have heard people in recent weeks explaining that one silver lining of a pandemic like this is that people are taking a break from driving and in turn are polluting the environment less. A new report now gives some credence to this thought and shows that our air quality is improving at some unprecedented levels in just the last few weeks.

CNN reports about the new analysis published in IQAir that shows pollution levels are way down in problem areas inside major cities around the world. Some of the cities that were studied were areas notorious for harmful air pollutants like New Delhi, Seoul, Wuhan and Mumbai. What researchers found in these cities was that some of their deadly air particulate matter was decreased by a whopping 60%.

In the study, researchers looked at some of the deadliest particulate matter known as PM 2.5. This type of pollutant is widely known among researchers as one of the most dangerous since it can be easily breathed in and then lodge itself deep in the lungs. From there, it can pass into other organs and through the bloodstream causing many health problems.

The cities that were known to have greater quantities of this type of pollutant are breathing easier and seeing smaller quantities than ever before. The great improvement to air quality has everything to do with restrictions on car travel, air travel and industry. Both New Delhi and Mumbai have seen their best March air quality reports on record. And here in the states, Los Angeles saw its longest stretch of clean air ever recorded between the dates of March 7th to the 28th.

As the world looks eagerly to a recovery from this pandemic, officials believe it is important to hold on to the lessons and clean air that we have experienced over the last months. This could mean more green deals between countries and citizens choosing cleaner forms of transportation like biking and walking. IQAir's marketing specialist Kelsey Duska says, “In our recovery from the pandemic, it's important that we strive to preserve the cleaner environment, which protects our health from another invisible killer, air pollution. We hope that the urgency in tackling this global pandemic may be matched in addressing air pollution.”

What do you think of the new research coming out showing unprecedented levels of good air quality around the world?

Do you think greener practices will continue as we recover from the pandemic?