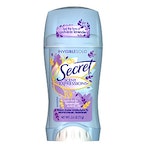 Would You Like Fries...And A Beer With That? Fast Food Restaurants Add Alcohol To The Menu

on Jul 06, 2011: I don't really see a problem as long as they aren't serving the beer at the drive thru. I mean I think it is a bit excessive, but if people are going to drink, they are going to drink...whether they go to McDonalds, to a liquor store, or to the bar.

on Oct 26, 2010: I think moderation is key. In general, why risk it?? But having half a glas 2-3 times throughout the duration of your pregnancy will hardly hurt. I know a lot of women who drank while they were pregnant (mainly because they didn't know they were pregnant yet) and none of them have had issues... t…