Women vs Men: Who's The Better Investor? 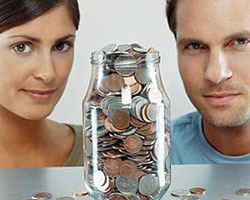 Hard proof may have just surfaced explaining why you should be the one in charge of the finances in your household.  The mutual fund company, Vanguard, recently came out with some information showing women may be better investors than most men.

A recent article from New York Times talks about Vanguard's findings which dealt with the I.R.A.'s that 2.7 million people had with the company during the financial crisis in 2008 and 2009.  What the company found was that men were much more likely than women to sell their shares off at stock market lows.  Men who did this suffered huge losses and in effect missed out on of the market rally that started last year.

John Ameriks, head of Vanguard's Investment Counseling and Research, talks about how men's tendency to be overconfident can hurt them when investing in the stock market.  Ameriks says, "There's been a lot of academic research suggesting that men think they know what they're doing, even when they really don't know what they're doing.

One reason why women may be better at men when it comes to investing is that women tend to be more risk-averse, often choosing fixed-income investments for their portfolios.  Recent studies have also shown a relation between the male hormone, testosterone, and risk-taking.

Alexandra Bersanek, professor of economics at Colorado State University, explains the possibilities of why men are historically more risk takers than women.  Bersanek says thduring the dawn of time risk-taking probably benefited men while trying to find a mate, and women probably shied away from risks in an attempt to protect their offspring.  Today, especially during a financial crisis, risk-taking is not going to get most of us ahead.  Bersanek warns men, "Excessive risk-taking has gotten all of us into a lot of trouble.  That's certainly one of the lessons of the financial crisis."

What do you think of the research coming out that women may make better investors than men?

Are you better at investing money in your household?  Why do you think this is?