Get Ready for the Emmys, Where Co-Stars Compete & You Win A Year of Netflix! #SheSpeaksEmmys

Will the Emmy winner for best actor be from This Is Us or This is Us? Will the best actress in a miniseries be from Big Little Lies or Big Little Lies?

Thanks to a switch in the Emmys, where voters were no longer limited in the number of contenders they could vote for, this year's Emmys have an unprecedented number of co-stars from the same shows competing against each other.

Will these co-stars cancel each other out? Or will the best nominee win? We'll be watching - and rooting on our favorites - next Sunday, September 17.

Who are you cheering for? Tell us for the chance to win a one-year subscription to Netflix! 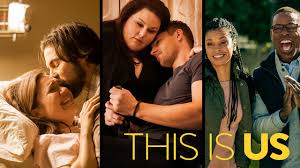 The new NBC drama got an impressive 10 Emmy nominations, including the only 'big four' network to be nominated for Best Drama. But it's the acting categories that will make it interesting. Both Sterling K. Brown & Milo Ventimiglia were nominated for Outstanding Lead Actor in a Drama Series. Three of the six actors nominated in the Outstanding Guest Actor in a Drama Series are from This is Us: Denis O’Hare, Brian Tyree Henry, and Gerald McRaney. Also watch for Chrissy Metz (Outstanding Supporting Actress in a Drama) and Ron Cephas Jones (Outstanding Supporting Actor in a Drama.) Will we cry when we watch acceptance speeches as much as we do when we watch This is Us?

This juicy HBO drama earned 16 Emmy nominations and puts Hollywood mega-stars against each other. Both Nicole Kidman and Reese Witherspoon are nominated for Outstanding Lead Actress in a Limited Series or Movie while Shailene Woodley and Laura Dern are both up for their supporting roles. We are awaiting these results as closely as we watched the show unfold! 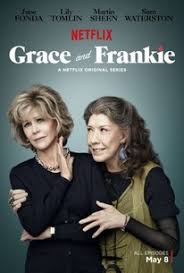 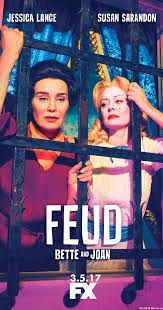 And if we thought the Big Little Lies stars would shine, watch for more classic Hollywood royalty on Emmy night, all in the Outstanding Lead Actress categories. In drama, there's Jane Fonda/Lily Tomlin for Grace and Frankie, and in comedy, there's Jessica Lange/Susan Sarandon in Feud: Bette and Joan.

Yes, September 17 is going to be a star-studded, not-to-be-missed night!

Who do you hope will win at the Emmys? Tell us for the chance to win a one-year subscription to Netflix!

*One lucky commenter or Tweeter will be chosen at random to receive a year's subscription to Netflix, which will be given as a $100 Netflix gift card. This can pay for a complete year of basic service but can also be used toward months of premium service. Giveaway is open through September 18th, 2017 to U.S. residents at least 18 years of age. Entrants must be a member of SheSpeaks. If you are not a member, click here to join. Winner will be notified by email.

This is Us will win the Emmy.

I received an email that I won the #SheSpeaksEmmys giveaway and won a year of Netflix!! So thrilled!!! @SheSpeaksUp I cannot wait to look through all of the shows and movies! I'm definitely going to check out Big Little Lies, I hear it's awesome! Thank you SheSpeaks!

I will be rooting for the starts of Big Little Lies. Thanks for the chance to win! wildorchid985 at gmail dot com

Any true crime shows! Dateline, i am homicide, Kenda

I am SO happy The Handmaid's Tale won so big! I love that show!!

I hope Grace and Frankie win

I want The Crown - AN NETFLIX ORIGINAL - to get the recognition it so badly deserves!!!!! It's SO GOOD and the actors are all SO GREAT at what they do!

This is Us - best show in years, terrific performances and cast

Frankie and a Grace consistently great

Love for All: Valentine's Day Gift Ideas with Hallmark at Walmart

Don't Make a Rookie Mistake: Stock Up for the Big Game

Get the Most From Your Vehicle's Engine

Stock Up for Flu Season with KinderMed