We've got some big changes coming, click here to learn more!
SHESPEAKS Your Power to Influence

For Some Women Business is Booming 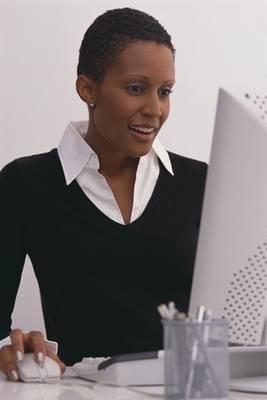 After hearing endless news stories about the economic downturn, we have a little uplifting news.  MarketWatch recently reported about a survey conducted by the Women’s Business Council Southwest (WBCS).  The 2008 survey showed that women-owned businesses are actually faring significantly better now than they were this same time last year.

Members of the WBCS who took the survey reported on their expected revenue for 2008.  61 percent said they expected to see a 26 percent increase in revenue while 45 percent reported their earnings would be at least 50 percent more than last year.

Not only are these women owned enterprises reporting higher revenue, they are also hiring on more employees.  Almost half the women surveyed said they would be hiring more employees in 2009.  Only 12 percent of those surveyed said they would have to reduce their staff in the upcoming year. During a time when the unemployment rate is soaring, women owned businesses are creating stable work environments.

The survey also revealed that women business owners feel they will be most challenged in 2009 by access to potential clients and customers, access to working capital, and a reduction in their profit margin.  Despite these challenges it seems women owned business are pressing on and doing what it takes to stay afloat during the economic downturn.

Debbie Hurst, president of WBCS, spoke with MarketWatch about women who own businesses and the recent results from the 2008 survey.  She said, “They are not surrendering to the generally dismal outlook that is so prevalent in so many sectors, and instead are doing what it takes to make their businesses thrive, or at least remain viable.”

What do you think about the recent report that women owned businesses are doing well?

Do you see women owned businesses in your neighborhood thriving?