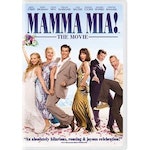 Pizza for Breakfast, Anyone?

on Apr 13, 2010: Veggies are easy to put in a well balanced diet, just cut up small and put them into things such as meat loaf , Meat filling for tacos and Sloppy Joes, Just keep it simple, and don`t stress out your kids at meal time and they may be more willing to try things

on Oct 14, 2009: I have never used cooking wine so I cannot comment on the taste, but I do use different wines while preparing certain foods such as sea food or sauces, because thats how I was taught to cook and I do not like the taste of wine If just dinking it by the glass,so for those who havent tried to cook …

on Oct 13, 2009: From a counrty such as china where they do not have the freedom that we live with daily, do you pity the families that have to chose if they want a male or female child or do you become outraged at a goverment that makes such laws, I wonder how a person can become so callous as to end something so…