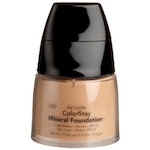 Supermodels Call For Racial Diversity On The Runway

on Dec 12, 2013: As usual, minorities are overlooked by society in general, we are invisible. It is disgusting and dishearting; we spend money in the marketplace, we invest and we have a voice. Until we demand a voice we have no say.

on Dec 11, 2013: George Zimmerman being found not guilty of murdering an innocent child who was going to the store to get skittles and an Arizona iced tea. Now he continues to behave recklessly, but gets a pass for his out of control behavior.