The Glitz, the Glam, and Those Gloves - Enter our Golden Globes Giveaway 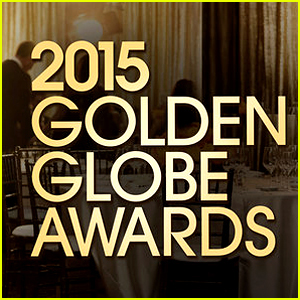 We needed them more than ever this year, with comedy seemingly under attack everywhere from Paris to Sonyville. And so did Hollywood. But no worries, Tina and Amy hit all the right zingers in their final hosting gig. Celebrate their success with us by entering our Golden Globes Giveaway where you could win a $100 Nordstrom Gift Card!*

They led off by calling the Hollywood Foreign Press Association’s party a celebration of the best TV of the year "and all the movies North Korea was OK with" as they welcomed the "despicable, spoiled, minimally talented brats" referencing the hacked Sony Pictures emails written about Angelina Jolie.

The skewer continued as they jabbed a comedy icon by describing Into The Woods as a pic in which 'Sleeping Beauty just thought she was getting coffee with Bill Cosby.' and the best of the night was delivered by Tina when she followed with:

“George Clooney married Amal Alamuddin this year. Amal is a human rights lawyer who worked on the Enron case, was an adviser to Kofi Annan regarding Syria and was selected for a three-person UN commission investigating Rules Of War violations in the Gaza strip. So tonight, her husband is getting a Lifetime Achievement Award."

And Now, for the Fashions:

Not since the O.J. Simpson trial has a pair of gloves received so much press! The elegant barrister Amal Clooney made her Hollywood debut in a black one-shoulder Dior gown — and a distinctive pair of white evening gloves (which had their own hashtag in minutes) that couldn't help but bring to mind the class and glamour of another era.

Who do you think were the Best Dressed - or the Worst Dressed - at this year's Golden Globes?

Tell us your picks by commenting below, and you could win a $100 Nordstrom Gift Card! Here are a few reminders of the looks on Sunday's Red Carpet: