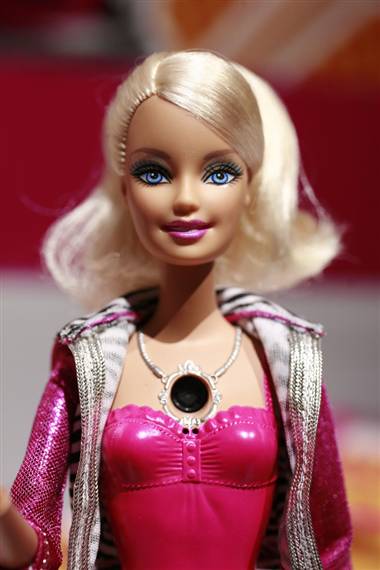 Over the years we have seen toys become more and more high tech in an effort to keep up with the growing trends our kids find appealing..  Now it’s Barbies turn.  Mattel recently introduced us to “Video Girl” Barbie which is a Barbie doll with a small spy camera hidden inside her necklace.  The camera allows kids to take their own videos that can be up to 30 minutes in length.  But the new high tech Barbie has many parents outraged and demanding the “toy” be taken off the market.

A recent report from the Today show discusses the boycott that was instigated by Sally Anne-McCormack, an Australian psychologist, over the spy cam doll.  McCormack believes this product will make it all too easy for kids to film inappropriate behavior and then upload it on the internet.  She also believes adults can use the the doll to exploit children.  McCormack says, “Boycott this product and refuse to shop in any store that justifies selling this potentially pornographic tool.”

The hidden camera doll seems especially inappropriate to a lot of parents probably because kids who play with Barbies are typically very young, many under the age of six.  Because after all, what would a 6-year-old need a hidden camera in their room for?  Others think the Barbie “Video Girl” doll is nothing new and will not allow kids to do anything they aren’t already doing on their cell phones that are equipped with cameras.

What do you think of the Barbie “Video Girl” hidden camera doll?

Would you purchase this doll for your child if they asked for it or do you think it is better off being boycotted?