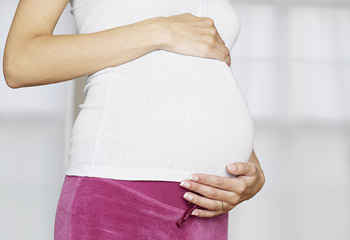 If you follow health reports in the news than you probably have noticed that we are always being given changing and conflicting advice on what we should eat, how we should exercise, and what medicines to take.  This is especially true for women who are pregnant.  For years women were told to abstain entirely from drinking alcohol while pregnant, but a new study reveals that it may be perfectly fine to have a drink every now and again.

The study, reported about in Time magazine and published in the Journal of Epidemiology and Community Health, reveals that drinking one or two glasses of wine once a week while pregnant shows no ill effects on kindergarten age children whose mothers did this.  The study also found that this group of children actually had less behavioral problems and did slightly better on cognitive tests than children of mothers who abstained from drinking during pregnancy entirely.

So is light drinking during pregnancy actually good for your unborn child?  Probably not..  Light drinkers involved with the study tended to be more highly educated and wealthier than those who abstained and who drank more.  When researchers took this into account the results were not as significant as they had been.  For example, before taking the mother’s income and education into account children born to light drinkers were 33 percent less likely to have behavioural issues, but after researchers factored this in the number dropped to 23 percent.

No matter the findings, American health officials still urge pregnant women to abstain from drinking alcohol while pregnant in an attempt to eliminate any chance of fetal alcohol syndrome.

What do you think of the latest study showing light drinking during pregnancy to be safe?

Would you consider having a glass of wine now and again while pregnant?