Stealing From Our Kids 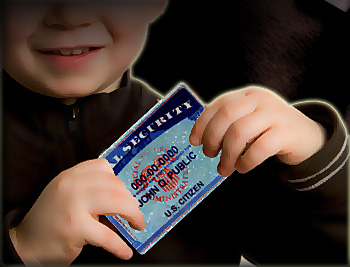 With many people finding themselves in tough financial times it is not surprising to hear stories of people doing some pretty outlandish things to stay afloat.  Something that is becoming more and more common is parents stealing their own child’s identity in order to receive credit lines and loans.  Parents that have been caught doing this have received more leniency in court than someone who steals a strangers identity because of the family ties.

A recent report from CNN discusses the growing trend and how it effects the children who are after all, innocent victims. According to Robert Siciliano, CEO of IDTheftSecurity.com, a parent can do almost anything from applying for a credit card to taking a loan out for a house if they have their child’s social security number since credit checks do not currently verify a person’s age.

When parents do this they are putting their children’s financial futures in jeopardy.  One college student, who spoke with CNN anonymously, found out as an adult that her father had taken out education loans under her name when she was just a child.  She discusses how this has hindered her success as an adult.  She says, “My credit is really bad now.  I’ve had to have a co-signer for every apartment I’ve ever had, I can’t get a credit card and getting any other loans or even a car is going to be very hard.”

She has not turned her father in to authorities because she believes it would be too much of an emotional burden to bare. Unfortunately, most parents are never caught because of this very reason.  Siciliano talks about how stealing a child’s identity usually starts when parents find themselves in a desperate situation, like putting a utility bill under their child’s name to keep the electricity from being shut off.  But soon the parent realizes they can use their child’s identity to purchase just about anything.

New statistics also show parents are turning to their grown children more and more in order to receive loans.  People between the ages of 21 and 28 who are co-signers of their parent’s auto loans has risen by 30 percent over the last two years at LeaseTrader.com.  Parents find it beneficial to use their child’s untarnished credit rating rather than their own.

What do you think of the latest reports that parents are using their children’s identities to take out loans and credit lines?

What do you think should be done about this?