Will Taxing Soda And Pizza Solve The Obesity Epidemic? 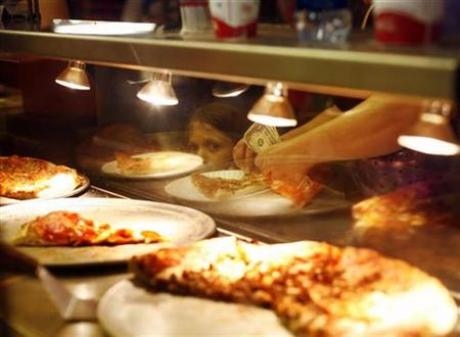 In the last few years, as the obesity epidemic heightens, researchers and scientists have been brainstorming on ways to help the nation slim down and get healthy.  One new idea coming from Kiyah Duffey and a team of reserachers from the University of North Carolina at Chapel Hill is to start taxing junk food items like soda and pizza.  The team believes that a tax on these types of high in fat and sugar items will make people think twice before purchasing them.

A recent report from Reuters discusses the research published in the journal Archives of Internal Medicine about taxing soda and pizza.  According to the article the U.S. currently spends $147 billion a year in health costs due to obesity in Americans.  This hefty expense doesn ’t come as much of a surprise when you look at the current statistic that 2 out of every 3 Americans are either overweight or obese.  In the past, both the CDC and American Heart Association are now publicly supporting a tax on soft drinks.

But will a tax on these foods and drinks really make people stop buying them?  Duffey’s team believes it will.  After studying a group of over 5,000 people varying in age from 18 to 30 over a 20-year period, the researchers found that during this time when there was a 10 percent increase in pizza and soda costs, they saw a decrease in overall calorie consumption.  Individuals taking part in the study consumed 7 percent less calories from soda and 12 less from pizza when prices were up.  This led the team to believe that if there was something more substantial, like an 18 percent tax on these foods then we would see people’s daily calorie intake go down by about 56 calories.  That would add up to a weight loss of about 5 pounds per person per year.

Duffey’s team goes on to further explain why a tax on pizza and soda can really benefit us as a country.  Duffey says, "While such policies will not solve  the obesity epidemic in its entirety and may face considerable opposition from food manufacturers and sellers, they could prove an important strategy to address overconsumption, help reduce energy intake and potentially aid in weight loss and reduced rates in diabetes among U.S. adults."

What do you think of the idea of taxing soda and pizza as a way to decrease the obesity rate in the U.S.?

Would a tax on these items make you think twice about purchasing them for you or your family?