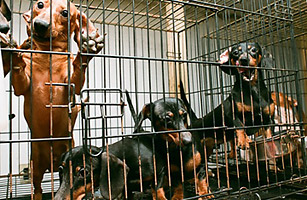 A recent article from Time magazine reported about the pull for the abuser list.  The main goal of the animal-abuser registry would be to allow animal adoption agencies and shelters access to a list of people they should restrict from adopting pets.

Aside from reporting about people who maim and kill animals, the bill would also help to publicly report those who have taken part in animal-fighting rings and people who have the tendency to hoard multiple animals in unsanitary conditions.  Proponents of the registry also claim the registry will help law enforcement detect people who may have the tendency to harm others since abusing animals can be a precursor to violence to humans.

Animal abusers may think twice about harming their pets if they know they could one day be added to a list of offenders for all the world to see.  Authors of the bill are hopeful that it will pass, but they may have to get creative in order to find a way to fund the registry in the failing economy.

What do you think of the idea of having an animal-abuser registry?

Is this something you would like to see in your state some day?