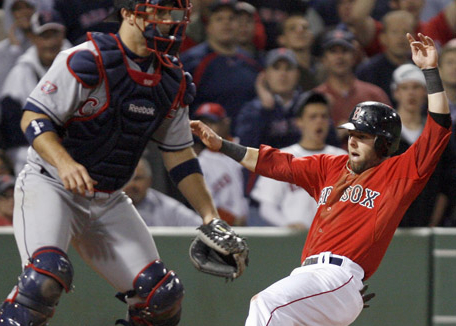 Next time you find yourself checking out the mysteriously handsome man across the room, you may want to take note of what he is wearing.  A new study finds that women are more attracted to men when they are wearing the color red.  It turns out, women view men who are wearing red to be of a higher status than those in other hues and this translates into a more desirable companion.

The study, that is reported about in Discovery News, found red to be something of a power color that women are drawn to.  Lead author of the study and professor of psychology at the University of Rochester, Andrew Elliot, discusses why men wearing red are so attractive to women.  Elliot says, “We found that women view men in red as higher in status, more likely to make money and more likely to climb the social ladder.  And it’s this high-status judgement that leads to the attraction.”

Women involved in the study were asked to rate men wearing different colored shirts and the men in red always triggered women to describe them as more powerful and desirable.  Researchers who worked on the study found that red is a powerful color that seems to transcend all cultures.  They point out that in ancient Rome people used a phrase to describe high-status citizens as “the ones in red.”  And in our own culture we “roll out the red carpet” when we celebrate powerful people.

It is believed that our proclivity to the color red is biological and has probably been with us from the beginning.  Scientists have studied the way colors effect non-human primates, like different types of baboons, and found red symbolized male dominance.

What do you think of the recent study that found women prefer men who wear red?