Why We Have Weight Worries 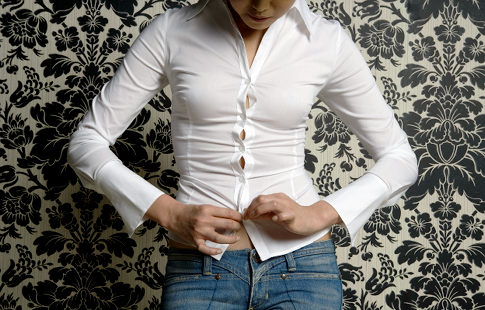 The next time you look in the mirror in a scrutinizing way, you may want to consider what a new study reveals about women. The new study, coming out of Brigham Young University in Utah, shows that women worry about gaining weight much more than men.  Even the women who claimed to have a healthy outlook with absolutely no body issues showed brain activity to the contrary.  Researchers believe women are reacting to the expectations of society and media to be thin rather than something biological.

A recent report from Fox News discusses the findings of the study.  Study researcher and neuroscientist, Mark Allen, describes what they saw during the course of their research,  Allen says, "Even though they claim they don't care about body issues...their brains are showing that it really bugs them to think about the prospect of being overweight."

The pattern of brain activity seen in the women's brain scans when they think about their weight is similar to brain activity seen in someone with an eating disorder, like anorexia.  A spike is seen in the area of the brain thought to be involved in self-reflection when normal weight women think of themselves as being overweight.  Most men's brain scans did not show this type of activity regarding their weight or body image, though male body builders who have taken part in Allen's research show similar brain activity patterns to bulimic women.

The Fox News report suggests that the results should be a warning to women of just how easy it can be to fall into an eating disorder since our brain activity is so similar those already suffering.

What do you think of the new study regarding the way women think about their weight?

Do you think we need to be more careful about the way we think about body issues?