A pearl pin stuck to the lapel of a man’s jacket, just a small elegant touch that has a big meaning in Hollywood. We’ve all heard about the #TimesUp movement raising awareness and support for women who are victims of sexual abuse and harassment. But you may not have heard of a new organization called Pinned by Pearls that is urging men in the industry to show their support for greenlighting more projects created by and starring women.

Today reports about the Pinned by Pearls organization that celebrities like Tom Hanks, who wore his with a #TimesUp pin, and This is Us star Sterling K. Brown, have been openly supporting on the red carpet. A vintage pearl hat pin tucked into the lapel of these men’s jackets were proudly displayed at events like the Golden Globes and SAG Awards. 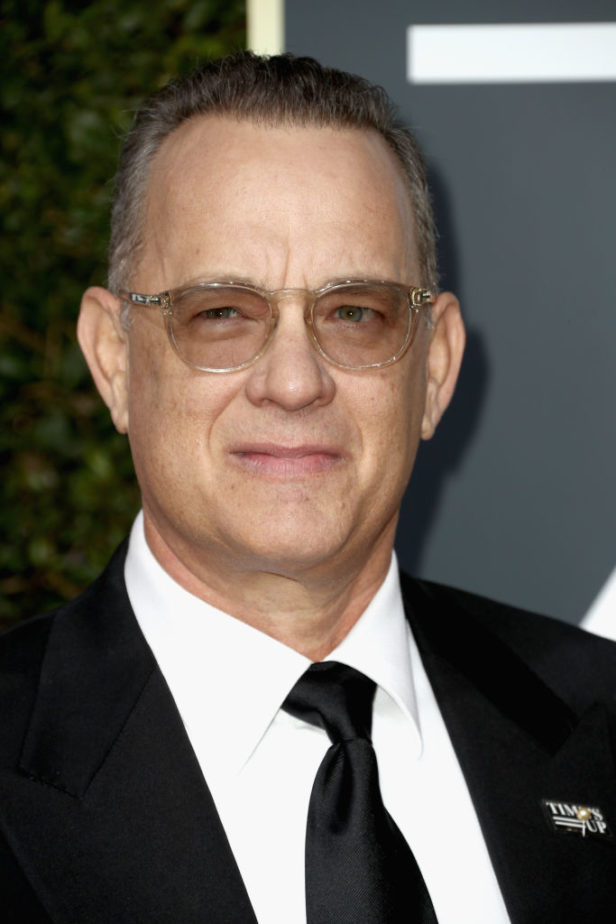 And these pins, which are meant to symbolize a time when women fighting for the right to vote popularized the wearing of these accessories, come with an important pledge. The organization urges men who wear the pins to make a pledge as follows:”I am actively looking for projects directed, produced, written by and starring women, as well as other maginalized voices. I believe our industry culture will only heal when there are new, diverse voices in power. I wear this pin because I don’t want to stand by; I want to stand up for change.”

Founders of Pinned by Pearls Suzanne Zoe and Jennie Tucker hope to see a lot more men spreading the word and wearing the pins during this year’s Oscars program. They tell Today, “It is vital that men listen as women speak out. However, as women, we believe change will only happen when men also engage with the issues through action. Representation - both in front of and behind the camera - will disrupt the long-standing power dynamic that has enabled pay inequality, sexual abuse and marginalization.”

What do you think of this new organization that is urging the support of men in Hollywood?

Will you be looking out for #TimesUp pins and hat pins at this year’s Oscars?