Earlier this week, we sent out a survey to hear what our members had to say about the current protests occurring around the US. We appreciate all of your thoughtful responses. We even presented what we learned at a webinar for marketing executives.

Check out what SheSpeaks members had to say. What do you think about these results? Comment below to continue the conversation. 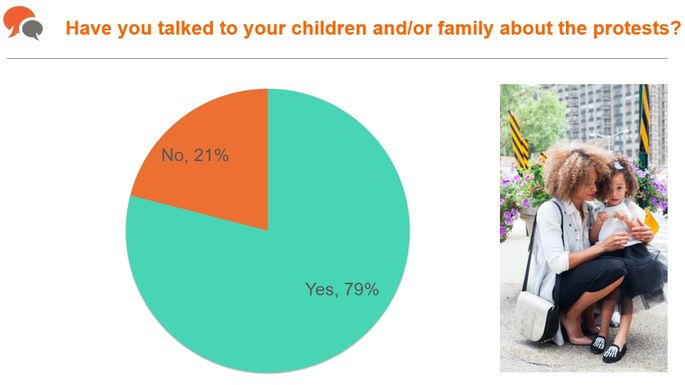 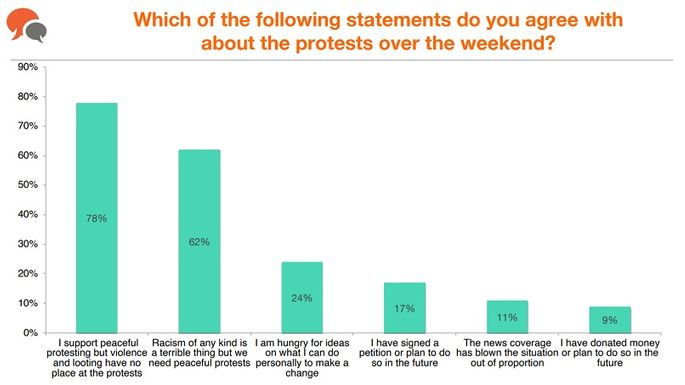 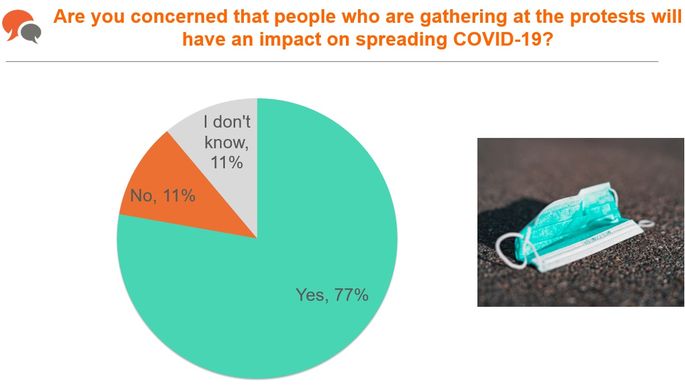 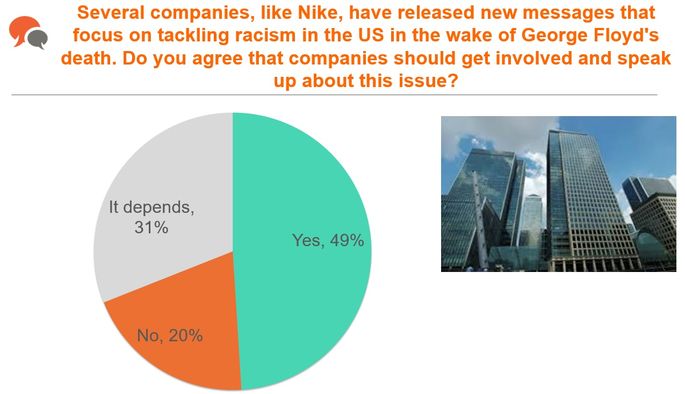 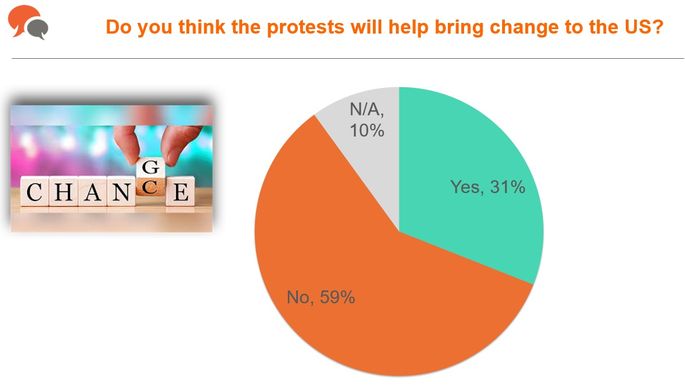 Who have you talked to about the protests? What do you think companies should do? How do we use these protests to bring about change?

I've spoken to family and friends. I've read the opinions of others on social media. I think the zero tolerance strategy in business and schools needs implemented. We have a zero tolerance for bullying...weapons in schools...sexual harassment. I think it needs extended and enforced. Kids get suspensions, why can't employees be suspended?

I'm disgusted with what is happening. Business need to stand up and stand strong. They need to promote their business as one who is making changes and hold themselves accountable for the success of them.

Police in general are getting bad rap. Yes, they are some who use poor judgement but most are good people. When the looting was taken place you could hear people yelling not to hurt the looters. On another day  they showed the cops relaxing in a Senetors office with looting taking place down the street and bad mouthing the cops again. If people don't won't to stop the looters then why complain they are not doing thei jobs. Inside Edition showed peole attacking a police car  with skatboards and the deputies were inside the car. They got out and tried to apprehed the people, you could hear a voice in the crowd "look what the police are doing". Well yes....I support the police. They were attacking the car with them in it. Now the are damned if they do and damned it they don't.

It is every company's social responsibiity to speak on any mishap, tragedy, racisim, social injustice and equality.

No. I have not talked about it.

Change must come now.  What our country tolerates in the way of racial and ethnic injustice cannot continue.  For this, I pray.

People are hurting their own people/neighbors/communities
https://www.reddit.com/r/PublicFreakout/comments/gvvm0n/you_wanna_fcking_do_something_make_sure_youre/
I do not believe that what that officer did to Mr. Flyod was right, but that is for the courts. I do believe that he was a criminal, who was high at the time he was pulled over.

More towns need to do this  https://cdapress.com/news/2020/jun/02/armed-patriots-patrol-coeur-dalene-5/?fbclid=IwAR2upTW6I-u92t-qKqAhOMxsJB4n01qHtdf3TOnC9KPToh9zc8JrxQo_n_0