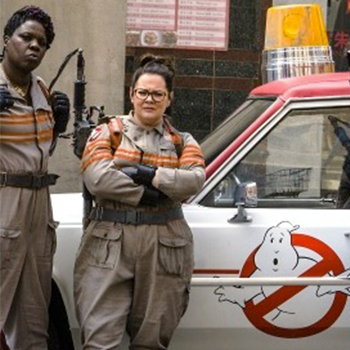 While spring is in full swing, the warmer weather reminds us that summer is right around the corner. For many of us, summer means basking at the beach or pool, family vacations and the all important summer movies. We are very excited to share with you an impressive list of summer must-sees that will have you heading to the theater all summer long.

Read on to check out the movies that everyone will be talking about this summer. Plus, enter to win a $100 Movie Tickets Gift Card so you can watch your favorites!

This movie kicked off the summer blockbuster season in a big way, already earning $181.4 million in North America, making it the fifth-best opening of all time. If you haven't seen it yet, you should. This Marvel movie is thought-provoking and still delivers edge of your seat action. Plus, you get to see Captain America (played by Chris Evans) and Iron Man (Robert Downey Jr.) duke it out on the big screen.

If you’re a fan of the first installment of this over-the-top silly Seth Rogen, Zac Ephron and Rose Byrne comedy, it looks like the sequel will be even more laugh-inducing (if that’s possible). In the 2014 film, Rogen and Byrne played new parents moving into their first home, right next door to a wild fraternity house (enter Ephron). And in the style of the much-loved Animal House, comedy ensues. Well, it looks like they’ve decided to do it all over again - but this time with sorority sisters.

Fans of Finding Nemo have been patiently waiting more than a decade for a sequel and finally this summer the wait will be over. Finding Dory is sure to pack the house. The movie follows around the beloved forgetful fish, Dory (voiced by Ellen Degeneres), as she searches for her family, just as our young friend Nemo did all those years ago

If you’re sensing a theme here with long-awaited sequels opening this summer, you wouldn’t be wrong. It may not seem like it, but fans of the original Independence Day film have waited 20 years for the summer blockbuster sequel to hit the big screens. Though we won’t be seeing Will Smith reprise his roll as Captain Steven Hiller, there will be some old favorites from the original like Jeff Goldblum, Bill Pullman, Judd Hirsch and Vivica A. Fox. The only question on most fan’s minds is: will the human race pull through once again? I guess we’ll have to wait until June to find out!

Though die hard fans of the 1980’s original Ghostbusters movie may never have fathomed that this masterpiece needed a reboot, the hilarious new all-female cast gives us hope that this movie can be remade right. Melissa McCarthy, Kristen Wiig, Leslie Jones and Kate McKinnon will don those vintage uniforms complete with proton packs in an effort to save the world from supernatural dominance. Expect laughs mixed with nostalgia and cameos from old-time favorites like Sigourney Weaver, Bill Murray, Ernie Hudson, Dan Akroyd and Annie Potts.

What else could be more relatable than an overworked, stressed out mom juggling career, home life, school and trying to be the perfect PTA parent all at the same time? Mila Kunis stars in this comedy that begs the question: what would happen if moms took a little break from all of their responsibilities? Well, apparently freedom, hilarity, tons of fun, self-indulgence, and wild parties. Heavy hitters like Kristen Bell, Christina Applegate and Jada Pinkett Smith join Kunis in this Hangover-style romp for women.

What summer movies are you most looking forward to seeing (on this list or not)! Tell us for a chance to win a $100 gift card to your choice of movie theater so you can make sure to see your favorite!

Simply comment below, telling us which movies look good to you.

*One lucky commenter or Tweeter will be chosen at random to receive a $100 gift card to the movie theater of their choice, provided that theater has easily purchasable gift cards. Giveaway is open through May 22nd, 2016 to U.S. residents at least 18 years of age. Entrants must be a member of SheSpeaks. If you are not a member, click here to join. Winner will be notified by email.

Update: The winner is SheSpeaks member 5zamoras! Thanks to all for entering and congrats to her!