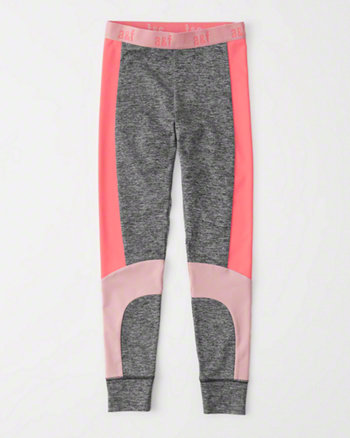 Young girls wearing leggings and yoga pants have drawn controversy in the past when singled out as violating school dress codes. Now an airline has raised eyebrows after denying entry on a flight to two young girls wearing the popular clothing trend. A passenger who witnessed the girls’ ordeal at the gate took to her Twitter to spread the word of what she believed was unfair treatment.

Today reports about United’s dress code that required two young passengers to wear dresses over their leggings in an effort to cover up. The girls, who were flying from Denver to Minneapolis, were told they could not board the flight in spandex leggings and would have to either stay in Denver, change their pants or cover up with a dress.

When fellow passenger and mother of five Shannon Watts saw what was going on she immediately began tweeting @United regarding the situation. United was quick to respond and said that since the two passengers in question were “pass riders” (meaning they are relatives of United employees) they would have to follow a more strict dress code than regular passengers. The two girls who were supposedly violating the dress code did end up covering up with dresses and boarded the plane.

Even with United’s explanation, Watts was still not convinced that the girls were dressed inappropriately and believes they were being unfairly treated as women. After learning the dress code for “pass riders” Watts tweeted, “A 10-year-old girl in gray leggings. She looked normal and appropriate. Apparently @united is policing the clothing of women and girls.” She later explained to NBC why this particular situation made her speak up. She said, “I have five kids: four of them are women. They wear yoga pants all of the time when flying. As a Premiere United flier, I think this policy is arbitrary and sexist. It singles out women for their clothing and sexualizes little girls.”

What do you think of United’s policy banning “pass riders” from wearing leggings and yoga pants?

Do you think this was fair since the children were "pass riders"?