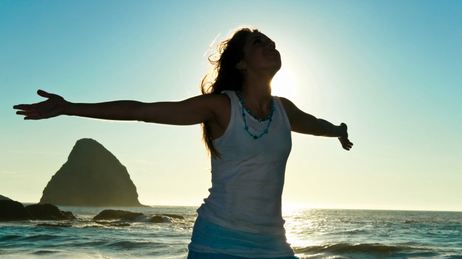 What makes us happy may differ from person to person, but one scientist, Paul Zak, is now willing to bet that a good dose of the hormone oxytocin will do the trick for just about any woman.  Zak, a researcher from Claremont Graduate University, recently presented some findings about this hormone and how women who produce more of it appear to be happier than those who have lower levels.

A recent report from NPR (National Public Radio) discusses Zak’s findings and the importance of the oxytocin hormone in women.  Women produce this hormone naturally throughout their lives and it is responsible for women’s ability to lactate and begin contracting when in labor.  Interestingly, oxytocin can also help men and women become more trusting of one another and feel empathy toward each other.

In the study Zak and a team of researchers conducted, college age women were given $24 gifts from strangers.  Their oxytocin levels were measured before and after receiving the gift and what was found was that the hormone levels rose in all the women who experienced this small act of kindness.  But the amount the hormone increased differed from person to person.

Another important aspect was found through a satisfaction of life survey that was taken earlier.  The surveys showed that women who had a higher increase of oxytocin after receiving the gift felt happier about their lives in general.  Zak says, “Women who release more oxytocin are happier. They like being around other people more, they have more sex per month, and they have more resilience to adverse events.”

It is thought that having high oxytocin levels helps women build stronger relationships and trust their partners more.  And it is no surprise that many studies have shown a link between happiness and strong relationships.

What do you think of the findings that high levels of oxytocin can make women happy?