Tell Us About Your Craziest #WeddingMishap! Plus, Enter Our @SheSpeaksUp Amazon Gift Card Giveaway!

Brides all want their wedding day to be perfect, but sadly, that is not always how it turns out. From rainy weather to falls down the aisle to an embarrassing guest, we have all seen something at a wedding that we wish didn’t happen. We just hope that everyone can laugh about it later!

What surprise happened at a wedding you attended… or at your own? Briefly tell us in the comments section below - we will randomly select three winners who will each get a $25 Amazon gift card!

In addition, our favorite stories will be featured in a future SheSpeaks newsletter. And as a thank you to those who are selected, comments we use in our newsletter will also receive a $25 Amazon gift card.

Let others know you entered! Click here to Tweet: "I told my crazy #WeddingMishap and entered to win a gift card, thx to @SheSpeaksUp! bit.ly/1TA3KAJ"

*Three lucky commenters will be chosen at random to receive a $25 Amazon gift card. Giveaway is open through May 29th, 2016 to U.S. residents at least 18 years of age. Entrants must be a member of SheSpeaks. If you are not a member, click here to join. Winner will be notified by email. We will also notify those who submit comments that will be included in a future newsletter by email. Stories may be slightly edited for publication.

Update: Thanks to all for entering! The winners are SheSpeaks members MusicLady1022, Duhduhdestany, and sammosam. Congrats to them!

I couldn't reach my wedding dress my husband saw me struggling since I am only 5 ft tall he came over and gave it to me so I could get dressed. Then we hugged and he left so we could get married.

I worked to make a video for my groom, listing 101 things I loved about him....10 days before the wedding my phone decided to delete them all...I frantically put together something much more simple and with the help of my middle son we pulled it off...sorta.... everyone thinks it was great...it wasnt what I was going for but he was happy so I guess that will have to do. :)

It was my youngest daughters wedding . I was the mother of the bride zillion instead of the bride. The was on the fourth of July. First my boss told I had to work, I quit, I had paid the cater. Who left town two days before the wedding no food or money. I stayed up 48 hours cooking, I managed to get a wedding cake at Walmart after I broke down in tears. I screamed like I was crazy when the maid of honor put this cake o n the parking lot instead of taking it in. It was a 100 degrees so we had melted cake, The grooms nephew poureod bubbles in our fountain. Need I say more. Teen grandma

I'm engaged now, so no wedding stories yet, but I sure am finding it hard to find a venue on a shoe string budget. Funny thing though, my brother called me the other day to tell me his friend is getting married soon and found a venue for a low price that includes just about everything....then told me he doesn't know the name or place....that was the the point of his call...I love my brother, but boy of boy! Thanks for looking out for your sis!!! lol

I was at a cousins wedding and it was at an old village. There was this large hill that you had to walk down and of course instead of walking down in it in heels I fell and tumbled down it. Right near that hill the wedding party was taking pictures. My sister was walking near me and of course when I got up her and my dad were no where to be found. They were laughing when I found them and I said you couldn't see if I was okay. My dad said he couldn't take me anywhere. I think that took the cake for my embarrassment at a wedding so far. Anything can happen!

My craziest most embarrassing wedding mishap was when I was SO we first got our rings mixed up,he was putting his on me and me putting mine on him,them when we got that straightend out,I tried putting his ring on his right hand instead of the left..LOL..It was crazy

On my wedding day I just knew this was the day that nobody or anything would ruin my beautiful day. Everything went just as planned then as I was walking down to get married the preacher whispered into my ear. I just want to let you know you look so Beautiful today even though the pain miss red has took over your beautiful body not making you angry or I'll on your day! But miss red had to show her true colors and make your beautiful white dress a red and white dress my face turned red I didn't know what to say he then looked at me and said it's gonna be OK we all love you even if there is blood stains coming through that dress!!! I did not think I could go on with wedding I just froze then we all laughed. About so hard and today I still laugh about the memories I have

#WeddingMishap - arriving a few minutes late to a friends wedding & couldn't get in because the doors were locked.

My to be hubby forgot my wedding band. I had to wear my sister's in order to get married.

On the day of the wedding, we were about to leave and the brides mom dropped the grooms white tux in the mud!! It was insane 😂😂 Needless to say, he doesn't know that it happened to this day!

This story is actually from my sisters wedding! Everything went good during the wedding & reception until the big send off! Of course she had had some to drink & had to use the bathroom really bad! So they were happy & living in the moment so they decided to pull over somewhere where no one could see her & just go on the side of the road! So still in her wedding dress, she's squatting, using the bathroom on the side of the road! She didn't have anything to wipe with so she grabbed some leaves & used those! Well.....and this is a true story, she picked the wrong leaf! It was poison ivy or oak! So as far as the honeymoon went, let's just say she was really itching to get there! And while she was there as well! ;)

As my husband was bending over to remove my garter from around my thigh his pants ripped! Yep right in the crotch in front of everyone! Oh it gets better... All of that happened only after my tough Marine husband fainted not once, but twice during the ceremony lol.

As the minister said..."speak now or forever hold your peace"...the church went silent...except for the high-pitched & everlasting SCREAM of a toddler in attendence lol That shirek echoed off the walls and everyone erupted in laughter!

The day we were supposed to get married, the people that were supposed to go didn't show up. We ended up getting married at the courthouse the next day, but one of the witness' went grocery shopping and didn't show up. We had to wait for someone that we didn't know to volunteer to be our witness. We were very thankful that we could find someone on such short notice and that someone volunteered to help us out. Was it the perfect way to get married? no, but it was so worth it because I got to marry the love of my life :)

The day we were supposed to get married

Invest in Your Children's Future with Prudential

Be Kind to Your Body with Kinderlyte

Keep Your Kids Connected with Kinoo!

Add Some Excitement to Your Meals With Tasty Bite!

Stock Up On All the Best Snacks For Back to School!

No Filter Needed with Skin Proud at Walmart 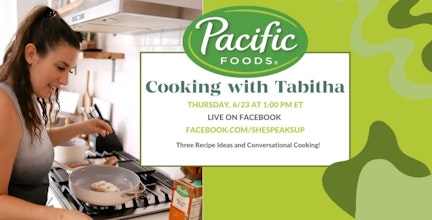