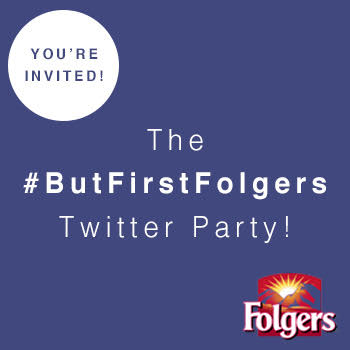 We've teamed up with Folgers® to bring you a Twitter Party about one of our favorite things: coffee in K-Cup® pods! We love the convenience of K-cup pods when we don’t have time to brew a full pot. Folgers K-Cup pods are just what we need to prepare the perfect iced cup of coffee, right in time for summer. Folgers K-Cup pods come in a variety of flavors, from Black Silk and 1/2 Caff to Vanilla Biscotti and Mocha Swirl, there’s a flavor for everyone. Join us on Thursday, June 9 at 2pm ET.

Twitter Party Topics
We’ll chat about drinking coffee as we head into the warmest months of the year! Join in the fun to learn some great coffee tips, find out more about bold yet smooth Folgers® Black Silk K-Cup® pods, Folgers 1/2 Caff K-Cup pods and to learn some new recipes perfect for summer entertaining.

Prep for the Party
We’d love to see images of your favorite coffee recipe, savory or sweet, during the party! We’ll be sure to let you know when to share them. Click here for inspiration!

Another Way To Win!**
Be entered to win 1 of 5 Folgers® K-Cup® prize packs by inviting your network to the #ButFirstFolgers Twitter Party! 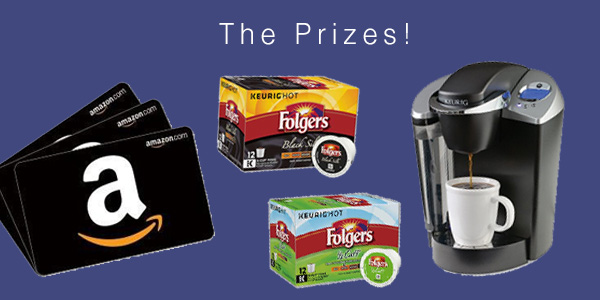 New to Twitter Parties? No problem. Check out our Twitter Party tips and hints. Then get ready to jump into the conversation! Be sure to RSVP for the party by commenting on this blog post with your Twitter handle.

* Twitter Party Prize winners must have RSVPed via comments below and be participating in the discussion to win. Participants must be following @SheSpeaksUp on Twitter to be eligible to win. Open to United States residents only. One prize allowed per winner. No purchase necessary. Twitter Party prize winners must complete a form with mailing details within 48 hours of the party. The form will be DMed if you win a prize.

** To be eligible to win a prize, Pre-Tweeters must have Tweeted to invite their network to the Folgers Twitter Party and have used the hashtag #ButFirstFolgers by 1:59pm on June X. Open to United States residents only. One prize allowed per winner. No purchase necessary. Winners will be contacted via DM on Twitter and/or by email and must reply within 48 hours to claim Folgers prize pack.