New Moms Are Smarter Than You Think 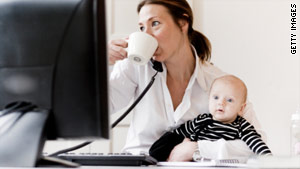 It may not just be your belly that grows when having a baby.  A new study coming from researchers at Yale University shows that a woman’s brain actually increases in size after giving birth.  The brain growth is being blamed on specific hormone changes that occur in a woman’s body during the weeks after having a baby.

The study, reported about in Business Week, shows that the areas of the brain that increased in activity were the ones associated with maternal motivation, behaviour and the processing of emotions.  This may explain how new moms can deal with lack of sleep, constant feeding, diaper changing, etc. and still be able to care for their babies in a loving way.

Interestingly, moms who showed more enthusiasm about their new babies experienced larger growth in these areas of the brain, whereas mothers who suffered from postpartum depression actually showed a decrease in brain size in these specific areas.

Researchers believe this study proves a new mother may be driven more by their “active brain building” than an instinctual type of reaction.  The growth of brain volume is so significant in new moms because we generally do not see big changes in brain size over just a few months unless there has been a large increase of learning, brain injury, illness, or a major change in environment.

What do you think of the new study showing new moms show significant brain growth after giving birth?

Why do you think this is?