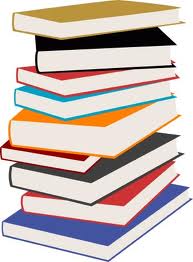 Share Tweet
21Add your comment
I read a lot of books....A LOT and each year I like to look back and see exactly how many books I read and then determine the ones I liked the best.  My list is based only on what I READ and doesn't necessarily mean the books were released or publish during the year.
After reviewing my list I found that I read over 77 books from January through December of 2011 and most of them were enjoyable reads.  You'll see a lot of writers who always seem to end up on my list, year after year.  I love almost anything written by Michael Lee West, Silas House, Jackie Lee Miles, Mark Childress and Susan Gregg Gilmore and they all make an appearance on this year's list.
Here is my 2011 Best Reads list:
Water for Elephants by Sara Gruen
Mudbound by Hillary Jordan
Rules of Civility by Amor Towles
Goodbye to the Buttermilk Sky by Julia Oliver
Georgia Bottoms by Mark Childress
Eli the Good by Silas House
How High the Moon by Sandra Kring
Cold Rock River by Jackie Lee Miles
The Improper Life of Bezellia Grove by Susan Gregg Gilmore
All That's True by Jackie Lee Miles
The Peach Keeper by Sarah Addison Allen
Gone with  a Handsomer Man by Michael Lee West
Whistling in the Dark by Leslie Kagen
South of Broad by Pat Conroy
Bloodroot by Amy Greene
Saving CeeCee Honeycutt by Beth Hoffman
Roseflower Creek by Jackie Lee Miles
To see my picks for the previous years visit my blog at www.SweetTeainTN.com.
What about you?  Did you read anything in 2011 that I need to hear about?  I LOVE book recommendations !!!!