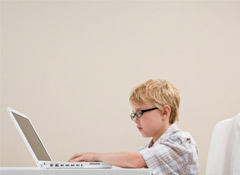 What age for Facebook?  Most of our members agree, 12 is too young.

"I think it depends on the parents. If they have time to monitor and coach their child about being on this site then 14-15 years old is fine."

"I think 18 is an appropriate age because, some things on facebook is open to anyone who wants to a have a page, such a predators and criminals, and at this age they can determine right from wrong if ever being approached with the wrong circumstance. I think, at theis age they will be able to be responsible for themselves better than children under this age."

What do you think about the large number of Facebook users under the age of 13?

Have your children asked if they can have their own Facebook account and what was your reaction?