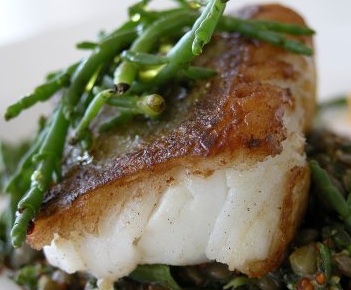 Gourmet Magazine recently published an interesting statistic: "one out of five Americans lives on a diet of ten foods or fewer. Among the most common choices? French fries, fried chicken, chocolate chip cookies and Kraft macaroni and cheese."

Ten foods or fewer. Wow. I just don’t think I could do it. Almost every meal I cook involves a recipe that I’ve never tried before. I realize this may make me something of a culinary daredevil, but I was stunned by the thought of such limitation.

"One out of five Americans lives on a diet of ten foods or fewer."
I fully embrace the idea of comfort foods - food you’ve liked forever; a recipe you know by heart, something easy to put on the table when you have to have dinner ready in an hour. I have my share of fall-backs tucked into the recesses of my brain, but to cook or eat only those foods week after week would drive me batty.

Still, the idea got me thinking. If I could only have ten foods, what would they be? First, I thought about exotic items, food I save for special occasions like caviar or lobster. If you are going to be limited, at least indulge, right? Then I thought about comfort foods like chili or mashed potatoes and gravy. Who could live without them?

Finally I started a list, basic things that I could rotate through. This is what I’d pick: Steak, Pork Tenderloin, Salmon, Spinach, Arugula, Cheese (am I supposed to pick only one???) potatoes, chocolate, tomatoes and mushrooms. I could stick to this list only if herbs, spices and seasonings (including onions, shallots and garlic) were unlimited.

How about you?  Do you find yourself eating the same ten foods?  If you had to choose just ten, what would they be?