Is Barbie a Good Role Model For Girl Scouts? 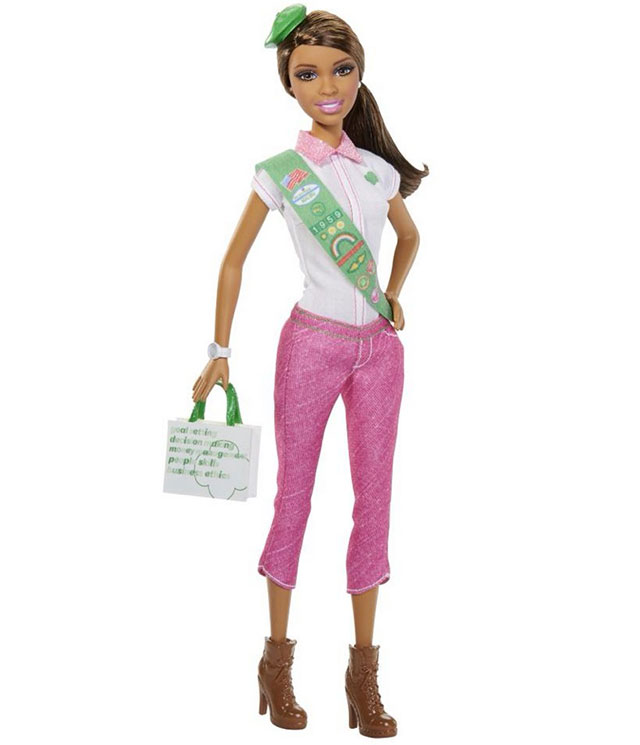 One of the most well-loved yet controversial dolls on the market is being adopted by the Girl Scouts of the USA. Members of the Girl Scouts can now earn a Barbie sponsored patch called the “Be anything. Do everything”. Mattel is also rolling out the very first Girl Scout inspired doll complete with the eye catching green sash.

But what do parents think about Barbie being a Girl Scout roll model? With all the negative press lately like Barbie appearing on the cover of Sports Illustrated as a swimsuit model, some parents aren’t so sure their daughters should aspire to the doll’s status. Susan Linn a psychologist and director of the Campaign for a Commercial-Free Childhood spoke with Today saying, “Barbie is basically a terrible role model for girls, and she’s not about what the Girl Scouts’ principles are, which have to do with leadership and courage.”

But Barbie makers may disagree that the doll isn’t a viable role model for strong young women. They recently debuted Entrepreneur Barbie which comes complete with smart phone, tablet and briefcase. The working girl Barbie’s box comes with the tagline, “Women entrepreneurs are leaders who dream BIG!”

Girl Scouts of the USA spokeswoman Kelly Parisi explains why she thinks Barbie is the perfect role model for their young members. She says, “Girls and moms alike associate this doll with the outdoors, camping, giving back in your community, and we think that those are really positive messages to all of our girls.”

What do you think of the Girl Scouts adopting a Barbie patch?

Do you think Barbie is a good role model for Girl Scouts?