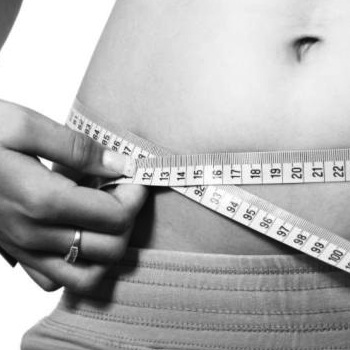 Most of us are well aware of the detrimental effects of body shaming to our confidence. Constantly feeling like you’re not pretty enough or don’t fit into the ideal image of what a woman should look like can’t be good for your psyche, but now new research shows it may also wreak havoc on your health.

CNN reports a new study published in the journal Obesity that suggests women who are overweight and buy into the negative messages about their bodies have a greater risk of developing serious conditions like heart disease and diabetes. However women who were overweight, but had a more positive body image, were at less of a risk of developing these health complications.

Unfortunately, many women may be under the impression that feeling negatively about their bodies may make them more motivated to lose weight. Lead author of the study Rebecca Pearl explains that this is not at all true. Dr. Pearl says, “There is a misconception that sometimes a little bit of stigma is necessary to motivate people to lose weight. But time and time again, research shows that this is just not the case.” The study suggests that people who feel bad about their bodies are actually less likely to have an exercise routine or eat healthy foods.

Women involved in the study who felt more negative about their bodies had a higher incidence of developing metabolic syndrome which also put them at greater risk of heart disease and diabetes. Researchers found that women who scored higher for “weight-bias internalization” (openly feeling bad about their weight) were three times more likely to have metabolic syndrome and six times more likely to have high triglycerides.

Dr. Pearl explains how it can be more helpful to support and encourage women rather than bombard them with negative comments about their weight that they may encounter at home, school, watching media or even in a healthcare setting. She says, “Rather than blaming and shaming people and being dismissive of their struggle, we need to work collaboratively to set goals to improve health behaviors.”

What do you think of the new study that suggests negative body image can be a danger to a woman’s health?

Do you think a more body positive message in media can play a role in helping people stay healthy?