Most celebs rely solely on media to show off any of their so-called body flaws, but Hillary Duff has decided to own every inch. The successful actress and singer recently posted an Instagram photo of herself enjoying some mother/son time on the beach. She recognizes that the photo shows off what many websites and magazines would label as “celeb flaws”, but she doesn’t seem to mind one bit.

Hillary Duff captions the photo of her in a bathing suit, shot from behind, explaining how she is posting this for young girls, women and mothers everywhere. She says, “I am posting this on behalf of young girls, women, and mothers of all ages. I'm enjoying a vacation with my son after a long season of shooting and being away from him for weeks at a time over those months.” 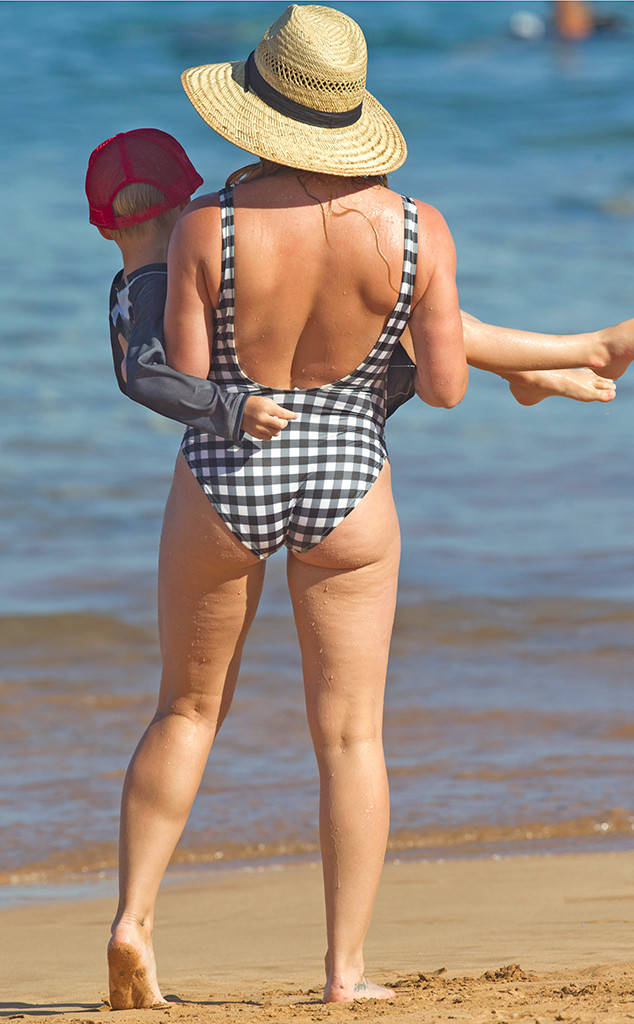 She goes on to explain how this is just the kind of picture websites and magazines would use as an example of a flawed celebrity. She writes, “Since websites and magazines love to share 'celeb flaws' - well I have them! My body has given me the greatest gift of my life: Luca, 5 years ago. I'm turning 30 in September and my body is healthy and gets me where I need to go.” Duff urges women to be proud of their healthy bodies and stop wasting times worrying about what others may wrongly deem as flaws.

And in what sounds like a message directly to a few specific paparazzi that were probably sharing the beach with her that day she writes, “You guys (you know who you are!) already know how to ruin a good time, and now you are body shamers as well. #kissmyass”

Do you think websites and magazines hold celebs and women to an unrealistic standard of beauty?

She's awesome, and I definitely agree.

You Go Hillary!! I love when celebrities post on social media about how terrible some paparazzi are about body shaming. It makes me feel better about humanity and about myself to know that even these incredible people that we look up to have flaws and acknowledge them. It is really nice knowing that these people can still be confident and fabulous despite these flaws and the rude people that feel it is necessary to point them out. Thank you to all those celebrities that have taken the time to tell everyone that it is okay they're not perfect because perfection is overrated and unattainable.

YESSSSS to Hillary. Thank you for this.

The Perfect Tea For Every Mood