All You Need To Know About This Year's Academy Awards, Plus a Mini Video Projector Giveaway! 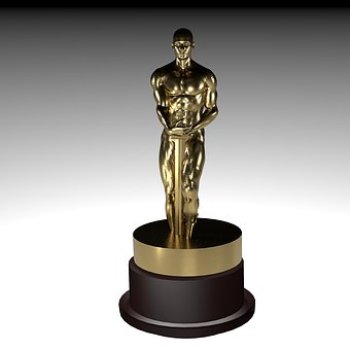 Before you enter your Oscar pool and head to your big party, make sure you know all of this year's Academy Awards scoop. From serious snubs to long-awaited redemption, read on to find out all the facts (and don't even bother looking for a show host or a woman in the Best Director category - there won't be either one!).

Check out these other Oscar tidbits, plus enter to win a Mini Video Projector so you can easily turn your house into a big-screened theater for watching movies, TV shows, or videos.

Though Spike Lee is a well-known and legendary director, this is his first-ever Best Director nomination for BlacKkKlansman (though he did get an honorary award in 2015.) Lee himself was surprised by the nomination and recently spoke to GQ about how after being snubbed for movies now considered masterpieces like Do the Right Thing and MalcolmX - he did not expect a nomination. Lee said, “To be honest, after ‘Do the Right Thing,’ I said, ‘That’s it.’ You know?”

Is 8 the lucky number for Glenn Close?

And then there’s Glenn Close - though she has been nominated for her acting 7 times, she has not once seen a win. This year she is nominated for Best Actress for her role in The Wife where her well-worn acting chops are on full display. Will she finally take home that golden statue this year?

Comic book movies have never before been taken so seriously by the academy as they are this year. Black Panther, the groundbreaking history-making movie, is the first to feature a black super hero and see a nomination for Best Picture. All eyes will be glued to the screen to see if it can make even more history on Oscars night.

Did Bradley Cooper get snubbed?

It’s obvious the actor/director poured his heart and soul into A Star is Born and the movie is one of eight this year up for Best Picture. Add to that seven more nominations including Cooper for Best Actor and Lady Gaga for Best Actress, it is little confusing why Cooper was left out of the Best Director category.

Will Regina King win even if her movie can't?

Hot off of three Emmy wins and a Golden Globe, as well as many Critics awards - Regina King is a major contender for Best Supporting Actress this year for her role as the matriarch in the critically acclaimed If Beale Street Could Talk. The actress is beyond happy for the recognition, but also a little sad that the movie is not being recognized in the Best Picture category. She is quoted saying, “I would have loved for the film to be nominated [for Best Picture], it is a timeless piece of cinema. It is an honest depiction of the human experience. So there is disappointment, but it does not take away from the fact that I was lucky enough to be a part of this piece of art.”

What movies did you love this year? Enter to win a Mini Video Projector to watch movies, TV and videos in your own home theater!

*One lucky contestant will be chosen at random to receive a Mini Video Projector. Giveaway is open through March 3rd, 2018 to U.S. residents at least 18 years of age. Entrants must be a member of SheSpeaks. If you are not a member, click here to join. Winner will be notified by email.

Update: Thanks to all who entered. Congrats to our winner, SheSpeaks member helyn4!