For Her Birthday, One 6 Year Old Helps The Homeless. Nominate a Charity to Help Us Pay It Forward.

Getting together with friends and family for a big birthday celebration can be the highlight of any child’s year. But one Chicago 6-year-old decided she wanted to give that all up in order to help feed the homeless people in her community. Rather than planning a party for her, Armani Crews talked her parents into planning meals to deliver to those in need.

Read on to find out how SheSpeaks was inspried by Armani's generosity. Help us pay-it-forward by nominating a charity where we should give a donation!

ABC News reports about Armani’s good deed and how her community pitched in to make her kind act have an even bigger impact. For months, the young girl had been begging her parents to feed some of the homeless people in her community. Her mom said that after she offered to make sandwiches for those in need, Armani said it wasn’t enough. She explained to her mom, “No. I want the same thing we'd have at my birthday party.”

After her father explained to Armani that in order to do something as big as her birthday party for the homeless that she would have to give up the party and gifts this year, Armani didn’t flinch but only persisted with her pleas to feed the homeless. So, the family went shopping and prepared about $300 worth of food like chicken, spaghetti, fruit, water, potatoes, corn, green beans, cookies and cakes.

When the family shared Armani’s endeavor with their church, many decided they wanted to help the little girl with her mission. Church members collected items to make care packages to be delivered along with the food complete with toothbrushes, toothpaste, deodorant, hand sanitizer and a snack. When all was said and done, Armani was able to brighten the lives of 125 homeless people in her community. And if you think she feels sad about missing out on her birthday, you may want to hear what she has to say about it. Armani told ABC News simply, “It was nice to be nice.” And her mother added, “She was excited. She was happy. Everybody was being fed. ...One of the gentleman said he hadn't had a hot meal in a long time.” Armani and her family are already planning to host another meal for the homeless in a few weeks.

We are so inspired by Armani's selfless idea to make the world a better place, that we'd also like to do our part. Comment below with a a charity that helps people who are hungry, such as Feeding America, the Community Food Bank or a local non-profit. We will make a cash donation to one of these charities!

*Nomations close on April 9. SheSpeaks will donate $50 to a charity chosen at random. The charity must be non-profit, an approved 501(c)(3) charity, have a website with information on donating to the charity, and help people who are food insecure.

Update: Thanks to all who nominated the amazing charities, and to the winner: jintoki. The donation went to Feeding America.

SOUL Ministries is a homeless outreach ministry located in Delaware who feeds the homeless on a weekly basis with hot, homemade meals as well as non perishables, toiletries, clothing and supplies. Corrently serving approximately 90 people a week. Has been serving the homeless in the community for the last 4 years.

I would like to make a donation to my local Pearland Neighborhood Center.

St. Jude's Children's Ranch (not the hospital) is a ranch for boys that if you send the covers of all greeting cards year-round, they get to reconstruct them to make pocket money.

I would like to nominate Loaves and Fishes which helps feed the homeless and hungry in my community.

I would ask that a donation be made to Meals on Wheels. It does such good work here in my small town though the food has to come about 40 miles one way from a major metro area. Lots of volunteers are either aging themselves or having a hard time paying for gas to run the routes.

Keep Your Pup Happy with IAMS and WHISTLE! 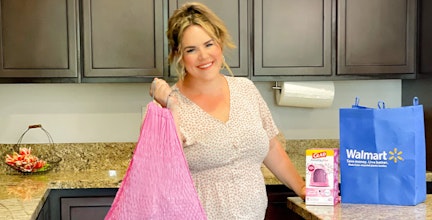 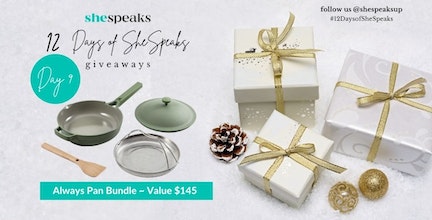 Help To Answer Your Questions About Retirement