Do you have a passion for pumpkins? 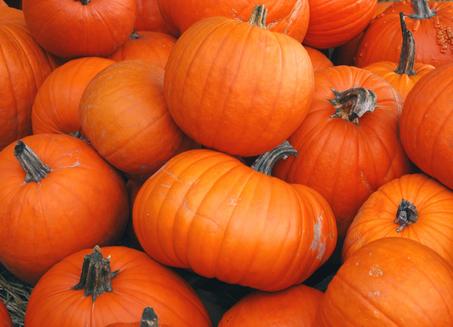 Fall is my favorite time of year...the smell of the fallen leaves, the crispness of the air, and of course the plentiful pumpkins! There are just so many things you can do with a pumpkin...my kids love to carve, draw on, or glue sparkly bits all over it to create a beautiful masterpiece. I feast on breads, muffins, pancakes and other yummy baked goods made with this beautiful orange gourd. And, we can't forget toasting the pumpkin seeds...the aroma of garlic oil and spicy black pepper coming from my oven makes my mouth water.

So, other than the fact that it is tasty and pretty, what else do you really know about it? Here are a few facts for you to whip out at your Thanksgiving feast to wow your guests!