Brown Baggers Unite: Why Our Kids Are Boycotting School Lunch 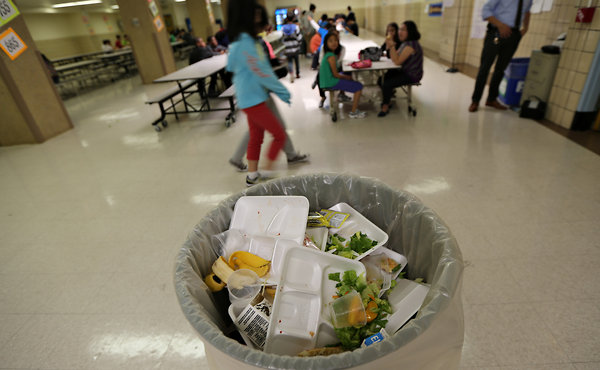 School lunch isn’t what it used to be and for some kids the change hasn’t been pleasant. The new federal guidelines for lower calorie, healthier school lunches we recently reported about has some kids cringing and giving up school lunch all together in favor of packed lunches from home.

The New York Times reports about students who are rejecting the new school lunches with some even calling for a ban on their cafeteria fare. Many are complaining about the lack of taste of their lower sodium choices and others say the portions just aren’t big enough to get them through the day. The prices of their lunches have also gone up about 10 cents a meal which angers students who are seeing smaller portions.

Across the nation kids are taking to Facebook and Twitter to complain about their lunches which are now healthier and smaller than ever before. One Brooklyn student, Malik Barrows, who has seen classmates throw away their lunches explains, “Before, there was no taste and no flavor. Now there’s no taste, no flavor and it’s healthy, which makes it taste even worse.”

And schools are feeling the effects of all of the students who have rejected their lunches and have opted to “brown bag it”. One school in a suburb of Pittsburg reports a 70% reduction of student participating in the lunch program. One Milwaukee high school principal, Shawn McNulty, is not surprised by his students’ reaction to healthier food. McNulty says, “There is a reduction in nacho chips, there is a reduction in garlic bread, but there’s actually an increase in fruits and vegetables. That’s a tough sell for kids, and I would be grumbling, too, if I was 17 years old.”

What do you and your kids think of the new school lunches?

Do you think students will benefit from these healthier meals in the long run or do schools still have a ways to go to make the food more enticing?