Each year we are introduced to a host of very in-the-moment costumes. Who can forget the Sarah Palin costumes of 2008 or last year’s parade of Orange is the New Black character costumes? 2015 appears to be a good year for topical humor halloween costumes, many of which were born right here on the internet.

Read on and enter to win a $50 Amazon Gift Card for a bit of Halloween costume shopping!

If we’re talking about being on trend, we can’t really have a 2015 Halloween without a Donald Trump costume. And apparently, even the Donald can be transformed into a suggestive costume complete with shorty-shorts, a red tie, a tiny jacket, and a pair of complimentary panties for some reason? 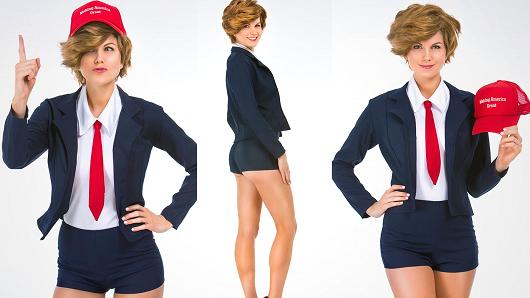 If you're a Star Wars fan, the reboot of the movie this year brings renewed interest in the francise. Dress up like Yoda or Dearth Vader, or of course Luke Skywalker or Princess Leia and relive your youth. 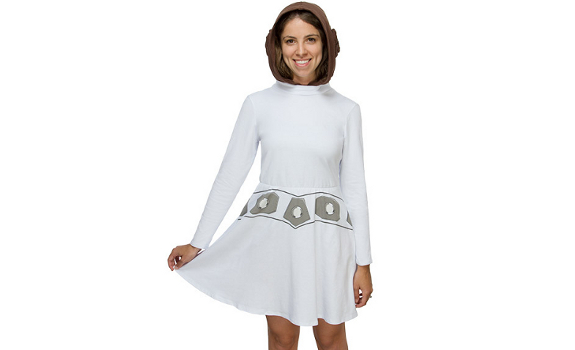 At this point in 2015, you’ve probably become well acquainted with the ‘Pizza Rat” video that has gone viral on YouTube. (And if you haven’t, you should probably check it out right away). The video shows a New York subway rat heroically carrying a slice of pizza down some stairs. I know that doesn’t sound very sexy, but in true Halloween trend fashion costume designers have found a way to sex it up with a revealing rat dress featuring pizza pockets. 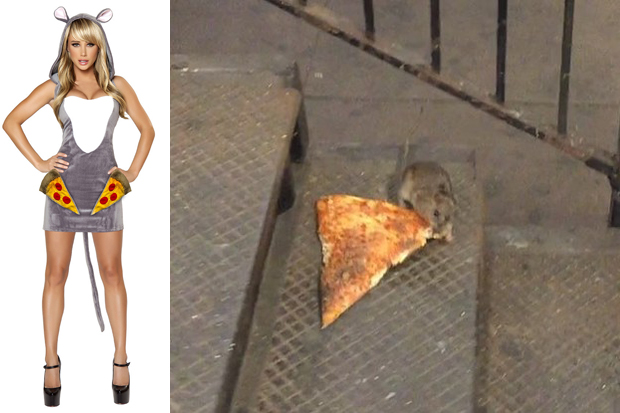 Mashable reports about ‘the dress’ costume that is making it’s way on Halloween goers this year. For just $46.95 you can start up the old debate at any Halloween party: “It’s white and gold!” Soon followed by a, “NO! IT’S BLUE AND BLACK!” The costume itself is a dress that is half white and gold and half blue and black. But apparently the actual dress is on sale if you want to be even more authentic to the dress debate. 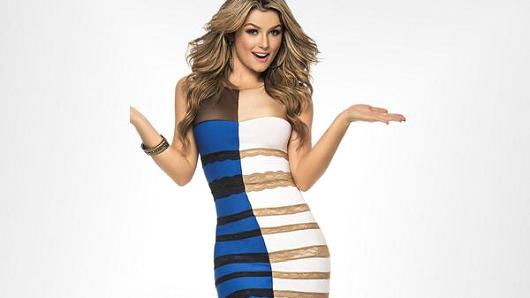 Enter to Win a $50 Amazon Gift Card for your own Halloween costume shopping!

Comment below to provide your answer – What do you think of some of the new Halloween costumes we are seeing this year? Do you have your costume picked out yet? Tell us about your (or your family’s) costume choice.

One lucky commenter will be chosen at random to receive a $50 Amazon gift card. The SheSpeaks gift card Giveaway is open to U.S. residents 18 years or older. Enter through 10/28. Winner will be chosen randomly by 10/30 and notified by email.

I haven't decided on my kids costumes yet. Some of them for this year r really nice

If I had to pick one it would have to be Princess Lea because the others aren't costumes, they are lingerie. I can't understand why I can't go to a halloween shop and find a costume that I can actually wear with my kids. Donald Trump?? Seriously??........Just ewwww!!

The new costumes are so unique and fun!

NYC rat! LOL I watch them in the MTA all the time

I always think homemade costumes are the cutest and agree with the others who are tired of seeing "sexy" versions (of a pizza rat, really?). I'm not sure what my grandson will be this year, but I can't wait to see!

Who comes up with this costumes, they are not cute. This year Im dressing as a queen and my son as fireman since he lost his uncle that was a fireman he wanted to dress like him.

Yes the kids have theirs picked out, me not yet. I don't mind the pop culture costumes, my favorite was last year when we dressed up as a family. We went as Caesar, Cleopatra and Roman soldiers

My son is dressing up as Captain America, one of the good guys. I usually just wear a decorative top and a light up necklace and some mouse ears from Disney as my costume and we go trick or treating, no costume parties or anything around here. No thanks on that Donald Trump costume, I'm not sure most people would even realize what that costume is. The blue/white dress is clever but way too tight. You can't go wrong with Star Wars, lots of choices with that.

I can see a lot of people going for "Star Wars" costumes and I think it's fine because they aren't at least sexy!! Why does anything have to look sexy??? I don't understand.

I think some of these are a bit too sexy but I guess it's because I have a teenager. I would be so upset if she went to a party dressed in some of these outfits...just my two cents. She's going to be a fairy and my son is a wolf. I usually don't dress up.

I think the costumes based on news stories and celebrities are not amusing. My boyfriend and I are going as Popeye and Olive Oyl this year. My two boys are going as Fred Flintstone and Barney Rubble.

These costumes are a testament to just how much social media can influence us beyond the story. I am dressing up as the original 1960's Batgirl, Ivonne Craig, who recently passed away this year after losing her battle with breast cancer. She was the first super hero I fell in love with as a child. My children will be in support of the cape crusader herself, by dressing up as Batman & Robin. We also have Wonder Woman, Green Hornet, Joker, Green Ivy and Penguin in the house. This should be memorable! Thank goodness it is on a Saturday this year. I would use the gift card to buy some really cool treat bags and extra goodies for the trick or treat guests. Happy Halloween and Good Luck to Everyone!

not impressed yet....need to see some real intelligent stuff that isnt provocative in any way....my search is on!

Some are funny, some are crazy. My daughter is making her Halloween costume.